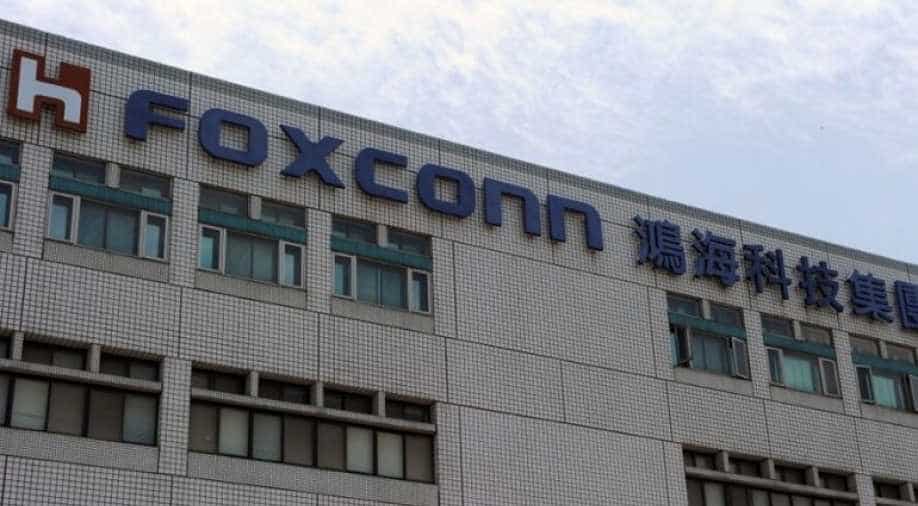 A general view taken on May 25, 2010 shows the Foxconn factory in Tucheng, Taipei county Photograph:( AFP )

The company currently has most of its factories in China

Foxconn, the Taiwanese electronics giant is expanding investment in India. The company currently has most of its factories in China. As per a 2010 report, Foxconn has 12 factories in nine Chinese cities.

“We are fully pushing ahead with next steps there, and maybe in a few months' time we can reveal on our website the next steps and report back to everyone. We'll have further investment there”, he said.

Foxconn  is headquartered in Taiwan and supplies to the world. And the growing tensions between China and Taiwan,  Foxconn may be looking for alternatives for its investments.

Currently, China is ramping up military activity around Taiwan. Taiwan's Premier Su Tseng-chang issued a warning to China today. He told Beijing “focus on fighting the resurgent coronavirus in Beijing, rather than disturbing Taiwan with military drills.”

The People’s Liberation Army has been conducting drills near Taiwan. Taiwan claims that China's Air Force has buzzed Taiwan at least eight times in the last two weeks. Reports say that China sent fighters and bombers into Taiwan's air defence identification zone. The planes were pushed back by patrolling Taiwanese jets.

Amid the growing military threat, Taiwan is prioritising the development of its defence industry. Just yesterday, President Tsai Ing-wen oversaw the first public test flight of an aircraft “Brave Eagle”, wholly built in Taiwan. An advanced jet trainer, it was built at a cost of a little more than two billion Dollars.

Taiwan is also developing submarines and has asked its military to remain vigilant. However, Taiwan still depends on the United States for support.

Fox News reported today that there are now three American aircraft carriers operating in the Pacific to counter Chinese aggression near Taiwan and in the south China sea.

“Our thoughts today are with the people of hong kong. Taiwan has joined the international community in urging the Beijing authorities to honour their obligation to respect hong kong's fundamental freedoms. We do not believe in merely looking on as others defend their freedom. As the situation in hong kong continues to deteriorate just weeks before the 23rd anniversary of the handover, Taiwan will continue to provide necessary humanitarian assistance to the people of Hong Kong”, Tsai ing-Wen said.