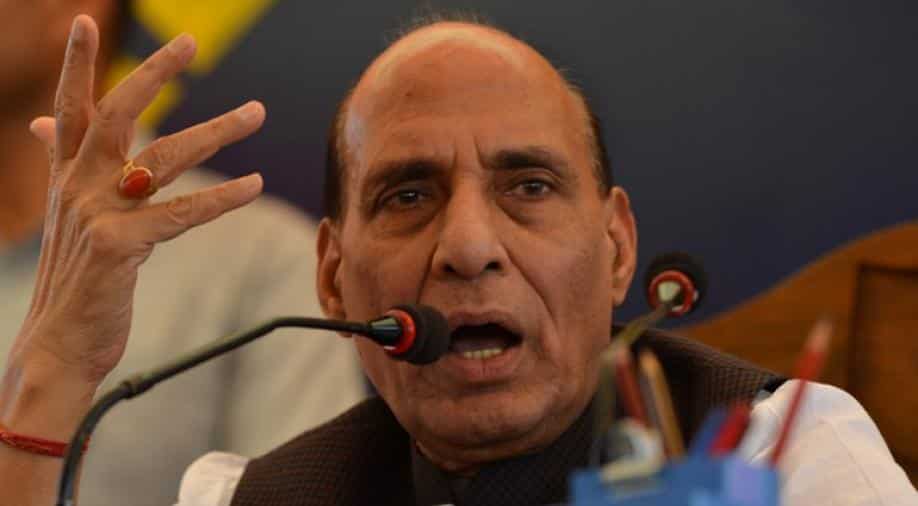 The home minister said the government intended to seal the Pakistan and Bangladesh with 'smart fences'. He said work was in progress to seal the border.

Home minister Rajnath Singh speaking at the Border Security Forces function declared that despite India wanting peace with its neigbour, a particular country, meaning Pakistan, was not "mending its ways."

As the minister was delivering his speech, Pakistan opened fire along the Line of Control(LoC) in Arnia and RS Pura today injuring seven people including two BSF soldiers. An infant reportedly died during the firing.

Without naming Pakistan outright, the home minister said: "This (Pakistan's acts) can be a subject of research and these activities of the neighbour are hard to understand."

"If you (the BSF) are fired upon, then you have to decide what is the best course of reaction or action. You have done this with remarkable responsibility in the past," Rajnath said, adding that although the government had directed the forces not to fire first but he told the BSF that  "no one will ask them how they chose to retaliate".

The home minister said the government intended to seal the Pakistan and Bangladesh with 'smart fences'. He added that work was in progress to seal the border.

"In few months, the work should get completed," Rajnath Singh added.