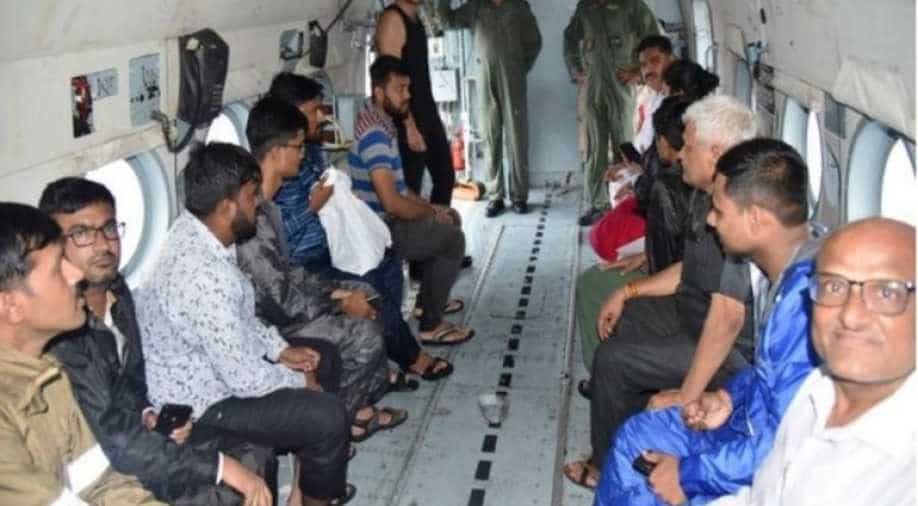 The command has pressed eight helicopters into service for rescue and relief operations and to provide assistance to different agencies.

The command has pressed eight helicopters into service for rescue and relief operations and to provide assistance to different agencies.

He said the Air Force was "committed to meet all demands and save the lives of our citizens".

The IAF's medium-lift helicopters and transport aircraft have been operating from various Air Force and civil airfields for positioning life-saving relief materials and rescue teams in the affected areas in the two states.

The SWAC began its operations on August 4 when it rescued 45 people from Navsari area near Surat.

"From August 6, relief and rescue missions in Maharashtra commenced in full swing, especially at Kolhapur," the statement said.

The Air Force also carried out rescue missions in Jodia and Pittar areas near Jamnagar in Gujarat where two Mi-17 helicopters were pressed into action to rescue 29 marooned people.

Several parts of the country including Maharashtra, Gujarat, Kerala and Karanataka have been reeling under floods following heavy rains.