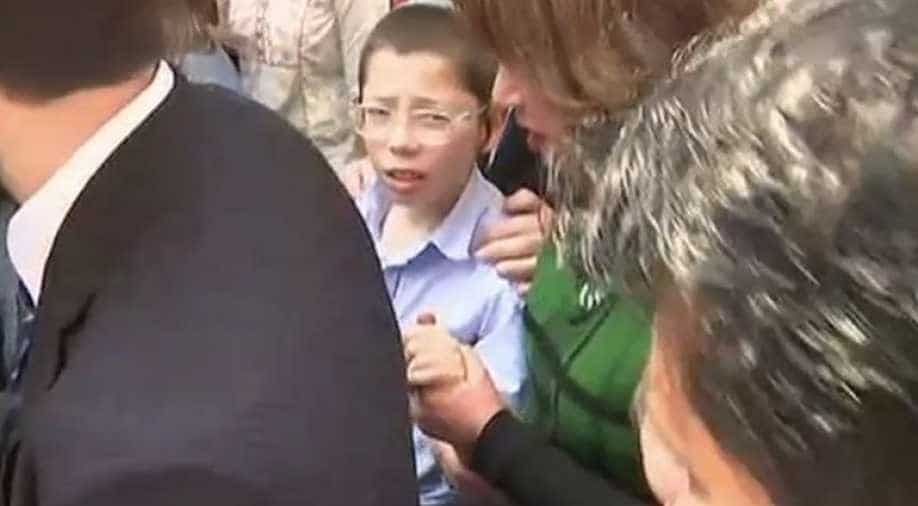 Moshe Holtzberg's -- he is now 11 -- were killed at Chabad House in the attacks.

"Finally, Baby Moshe is back home. This visit is very emotional for him. He is here to see the living memorial project," Chabad House director Rabbi Israel Kozlovsky said.

Finally, #BabyMoshe is back home. This visit is very emotional for him. He is here to see the living memorial project: Rabbi Israel Kozlovsky, Chabad Mumbai Director #Baby pic.twitter.com/GZnA0KIHyC

Moshe and Israeli Prime Minister Benjamin Netanyahu will unveil a memorial to the victims of the 26/11 attacks at Chabad House on Thursday.

Moshe was two years old when his parents, Rabbi Gabriel and Rivka Holtzberg, were killed in the attacks.

Moshe was saved by his Indian nanny Sandra Samuel and was later handed over to his maternal grandparents, who had rushed to Mumbai even as the attack was unfolding.

164 peope died in the Mumbai attacks and over 300 were injured. Nine of the attackers were killed while Ajmal Kasab, the sole attacker to be capture, was hanged in 2012.