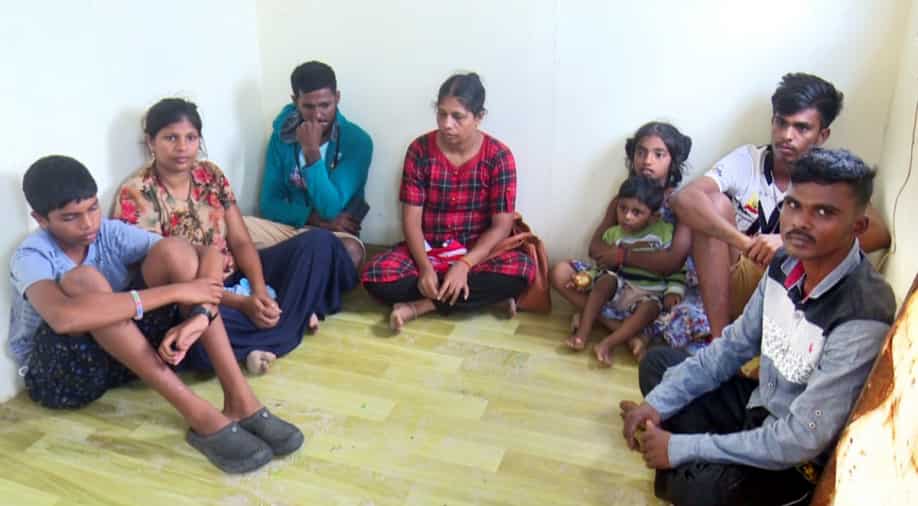 More than 100 Lankan nationals have fled the crippling economic crisis in their home country to arrive on Indian shores, since March this year. A group of eight Lankan Tamils, including a one-and-a-half-year-old child were among those that arrived at Rameswaram, Tamil Nadu, during the wee hours of Tuesday. In recent months, it has become routine for Sri Lankan nationals to take risky, illegal boat rides from the Northern parts of the island nation, in the hope of being brought to Indian shores (in Tamil Nadu), where they can live in refugee camps.

The latest batch of Lankan nationals are said to be natives of Valvettithurai in Jaffna and had fled their home country after the prices of essential commodities became unsustainable with their meagre income.

According to Sasikala, who arrived on Indian shores with her family, Rice was being sold at Rs.400per kg (approx 1 USD), sugar at Rs.350 per kg, kerosene at Rs.1,200 per litre(approx 4 USD). In addition to the skyrocketing prices, the wait times for buying essentials amid the shortage is also extremely long.

It is understood that the eight members paid for their boat ride by selling their home, jewellery and other belongings. Those fleeing the island nation and heading for Tamil Nadu, have predominantly been members of the Lankan Tamil community. With a shared language and culture, the Tamils of Sri Lanka and the people of Tamil Nadu in India share an umbilical connection.

As the Indian state that is nearest to Sri Lanka and also as one that shares deep cultural and linguistic ties with the Lankan Tamils, leaders in Tamil Nadu have always voiced out for the welfare of Lankan Tamils.

While the Government of India has been at the forefront of helping Sri Lanka by providing financial aid, fuel, and crucial support at International fora, the Tamil Nadu Government has also been sending(via the Indian High Commission in Colombo) ship-loads of food, medicines and milk powder, to provide temporary succour to the people of the island nation.