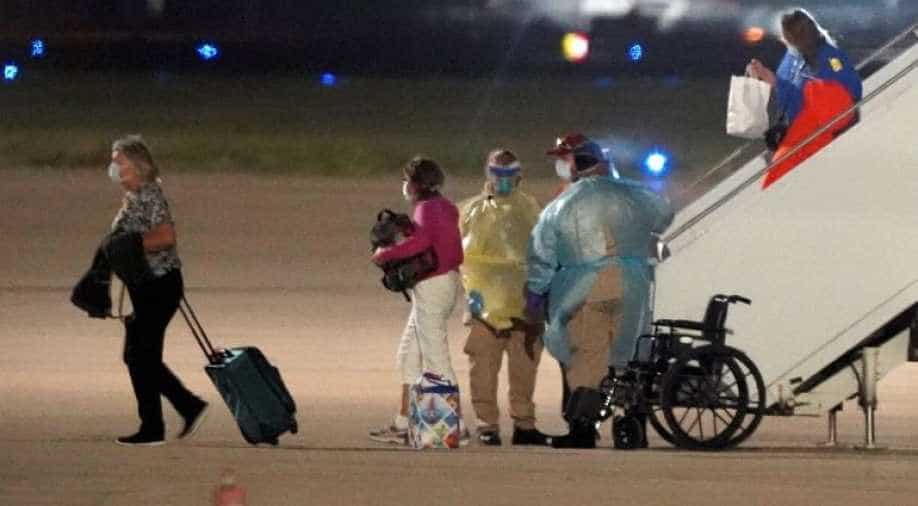 Regular visas, including e-visas, granted to all foreign nationals who have travel history to these countries on or after 1 February and who have not yet entered India also stands suspended. Photograph:( Reuters )

The patient had travelled to Saudi Arabia in January and had returned to Kalburgi, via Hyderabad, on February 29.

A 76-year-old suspected COVID-19 patient died in Karnataka on Wednesday. The Karnataka state health department is yet to confirm if the patient died of virus infection.

The deceased's samples were collected on March 9 and the results of the same are awaited. If the tests come out to be positive, it would mark the country's first fatality due to the deadly virus.

The patient had travelled to Saudi Arabia in January and had returned to Kalburgi, via Hyderabad, on February 29. On March 5th he started developing symptoms and was admitted to a private hospital in Kalburgi. The patient displayed symptoms of pneumonia, asthma, fever and high BP.

''Yes, the private hospital should be blamed. They would not have taken into consideration the epidemiological history of the patient. They have assumed it is not coronavirus,'' said a health department official.

Meanwhile, the Karnataka State Health Department also released a list of regulations under the Epidemic Diseases Act of 1897.

The Karnataka Epidemic Diseases, Covid-19 Regulations, 2020 makes it stringent for patients -- symptomatic or asymptomatic with a travel history to affected countries to be screened. The regulations also give district administration the authority to seal off geographical areas which have been found to be contaminated with the virus. It also says that a penalty will be imposed on anyone found to be violating the regulations.