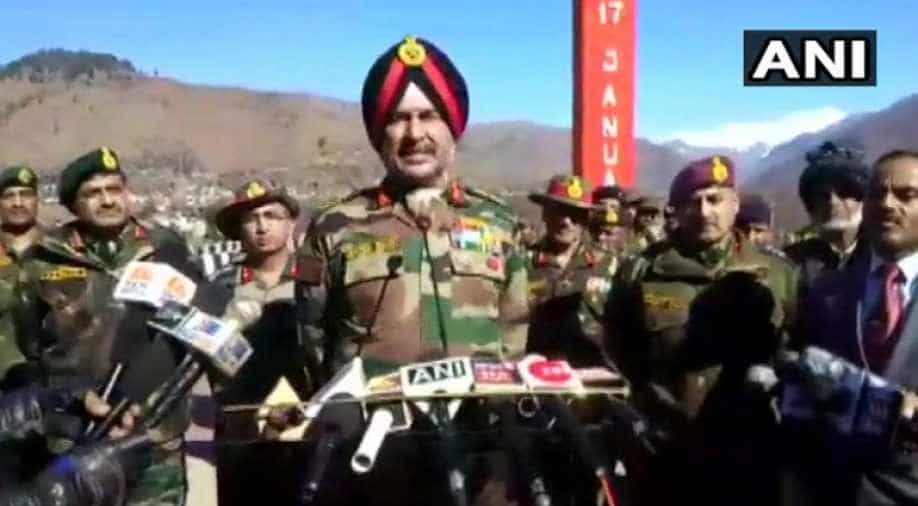 Northern Command chief Lt Gen Ranbir Singh said 'it shows that Indian Army is always ready to give them a befitting reply'.

The Indian Army said Thursday that five Pakistani soldiers had been killed in the last few days in retaliatory fire across the Line of Control.

Northern Command chief Lt Gen Ranbir Singh said "it shows that Indian Army is always ready to give them a befitting reply".

Singh added that "2018 has been a great year for the security forces: more than 250 terrorists were killed, 54 were caught alive, and four surrendered to the forces".

Northern Command chief Lt Gen Ranbir Singh: In the last few days, as you mentioned in your question, 5 Pakistanis were killed, it shows that Indian Army is always ready to give them a befitting reply. pic.twitter.com/YU74PrMFoD

Singh was speaking at the inauguration of the Kalai Bridge in the Poonch district of Jammu and Kashmir.

2018 has been one of the bloodiest years along the Line of Control with the ceasefire agreement between India and Pakistan being broken incessantly.

An assistant commandant of the Border Security Force was on Monday killed along the International Border by sniper fire.

The BSF troops were carrying out a border domination exercise along the IB when snipers of the Pakistan Rangers opened fire on them at around 1050 hours in the Hiranagar-Samba sector of Kathua district, a senior BSF officer told PTI.

The officer told PTI that Assistant Commandant Vinay Prasad was critically injured in the sniper fire. He was rushed to the Military Hospital at Satwari (Jammu), where he died from his injuries.