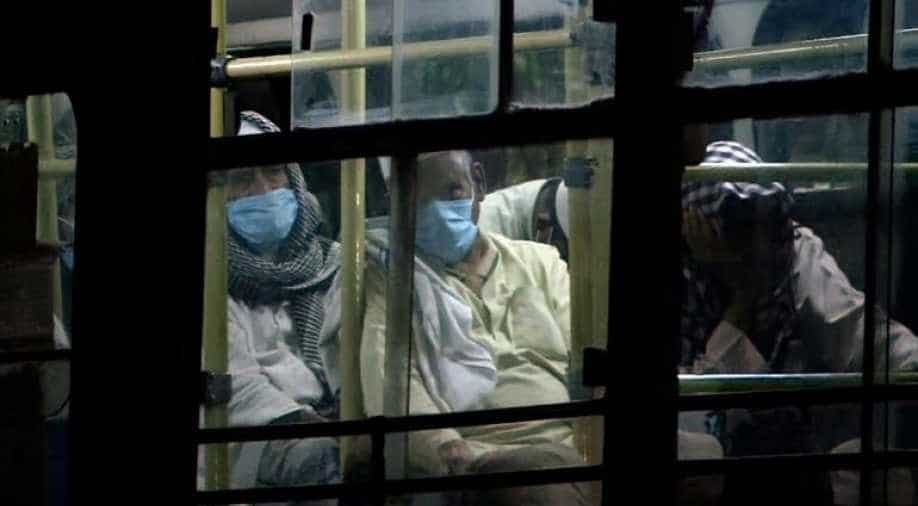 Delhi CM Arvind Kejriwal has said 441 people who attended a religious event in Delhi's Nizamuddin have been taken to hospitals with coronavirus symptoms.

Delhi Chief Minister Arvind Kejriwal on Tuesday informed that out of 1,548 people who have been brought out of Markaz (Nizamuddin), 441 were symptomatic.

"Till now 1,548 people have been brought out of Markaz (Nizamuddin), 441 of them were symptomatic. They have been shifted to hospitals and their tests are being conducted. 1,107 who did not show symptoms have been sent to quarantine," said Delhi Chief Minister Arvind Kejriwal.

According to the Home Ministry, as of March 21, about 1,746 persons were staying in Hazrat Nizamuddin Markaz. Of these, 216 were foreigners and 1530 were Indians. Additionally, about 824 foreigners had been, as on March 21, doing Chilla activities in various parts of the country.

Meanwhile, Home ministry is likely to blacklist at least 800 foreigners who came from 16 countries, including Malaysia and Thailand on tourist visas but attended a religious function in Delhi's Markaz building in Nizamuddin on Monday leading to the spread of coronavirus in the national capital.

Today the cases of infections of the deadly coronavirus surpassed 788,522 worldwide and global deaths rose past 37,878, as COVID-19 spreads across Europe and North America.