21st India, China border talks end with both agreeing to maintain peace along the border 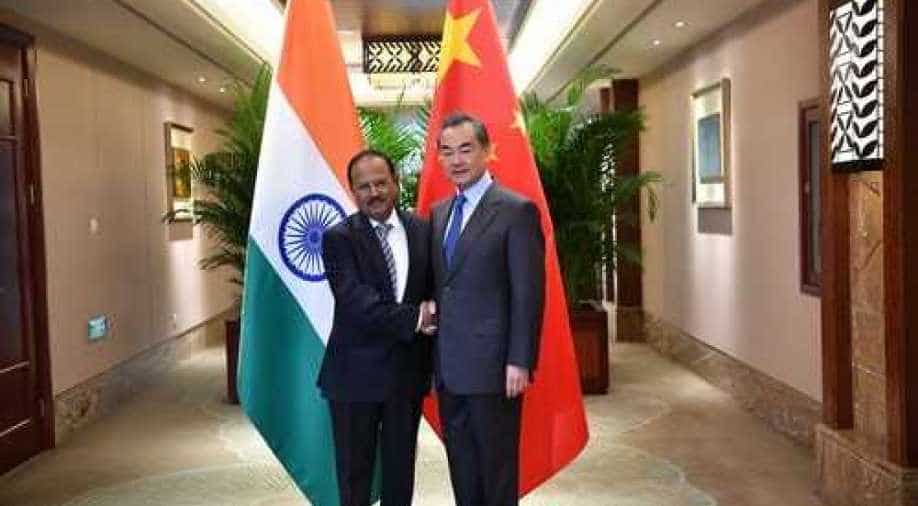 During the Ajit Doval and Chinese State Councilor and Foreign Minister Wang Yi talks, both recalled the 'strategic guidance and support' to their work provided by 'the leaders at the Wuhan Summit'.

India and China have agreed to continue the positive trajectory in the relationship and maintain peace and tranquillity in the border areas at the 21st round of talks between the Special Representatives (SR) of two countries on the Boundary Issue.

According to a release by Ministry of External Affairs, "Special Representatives agreed that pending the final resolution of the boundary question, it is important to maintain peace and tranquillity in the border areas and to ensure that the boundary question does not affect the overall development of the bilateral relationship."

During the Doval-Wang talks, both recalled the "strategic guidance and support" to their work provided by "the leaders at the Wuhan Summit" and resolved to intensify their efforts to "achieve a fair, reasonable and mutually acceptable solution to the India-China boundary question" at an early date.

Last year the SR talks took place in Delhi amid the Doklam crisis. The 73-day long Doklam standoff at China, India and Bhutan trijunction had led to conflict between Indian and Chinese forces at the border. This meeting is the first meeting after State Councillor and Foreign Minister Wang Yi took over as special representative.

The two Special Representatives also underlined the "importance of sustained and effective implementation of the directions" given by PM Modi and Chinese President and give "due respect for each other’s sensitivities, concerns and aspirations".

China led China Pakistan economic corridor which passes through Pakistan occupied Kashmir and China not supporting New Delhi's bid for entry into Nuclear Suppliers Group has been a cause of concern for India. India is also worried as China has not been calling on its all-weather ally Pakistan for its support to terror groups.

During the talks, NSA Doval expressed his condolences over the attack on the Chinese Consulate in Karachi and strongly condemned the terrorist attack. The SR talks come ahead of PM Modi-President Xi meet on the sidelines of G20. This is the fourth meeting between the two leaders. The two leaders first met in April for the informal Wuhan summit, followed by meet in Qingdao in June 2018 on the sidelines of SCO and then in Johannesburg in July in the sidelines of BRICS summit.

The SR mechanism was established in 2003.