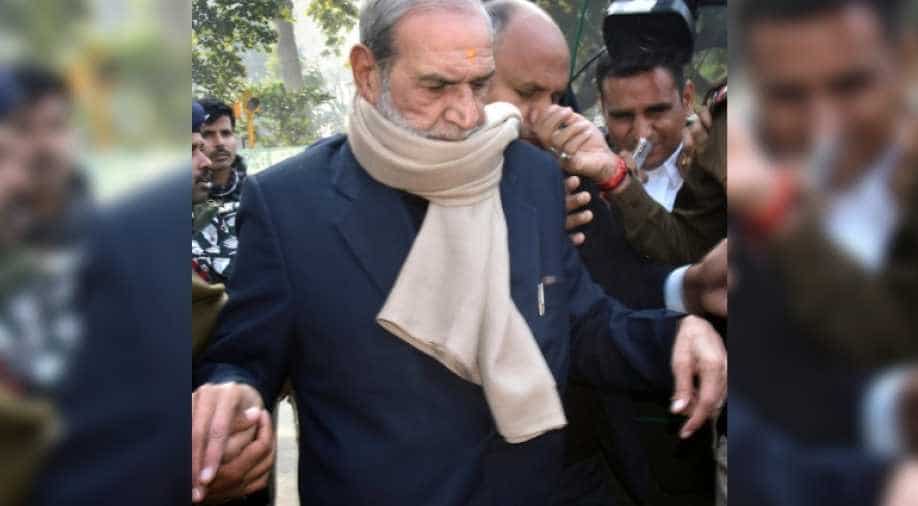 Kumar, who was directed by the high court on Monday to surrender before authorities by December 31, sought more time saying he has to settle family affairs.

Former Congress leader Sajjan Kumar on Thursday approached the Delhi High Court seeking time till January 31 to surrender in connection with a 1984 anti-Sikh riots case in which he was recently sentenced to life imprisonment.

Kumar, who was directed by the high court on Monday to surrender before authorities by December 31, sought more time saying he has to settle family affairs.

Advocate Anil Sharma, representing Kumar, said they need some more time to file an appeal before the Supreme Court challenging the high court's verdict and Kumar has to settle his family matters relating to his children and property.

The plea is likely to come up for hearing on Friday.

The case relates to the killing of five Sikhs in Raj Nagar part-I area in Palam Colony in South West Delhi on November 1-2, 1984, and burning down of a Gurudwara in Raj Nagar part II during that period.

Meanwhile, Delhi Patiala House court today adjourned the hearing of the second case against Sajjan Kumar in 1984 anti-Sikh riots case. He is accused of inciting violence during the riots.

According to a report by ANI, the hearing was adjourned as Kumar's main counsel Anil Sharma did not appear before the Court today for cross-examination of witnesses in the case.

The case, registered by Central Bureau of Investigation on the recommendations of Nanavati Commission, was transferred from the Karkardooma court to the Patiala House court by the Delhi High Court.

Sajjan Kumar is facing trial on charges of murder and rioting in the case pertaining to the killing of Surjit Singh in Delhi's Sultanpuri in 1984 during the Sikh riots.

Apart from Kumar, two others who are facing the charges are Brahmanand Gupta and Ved Prakash.