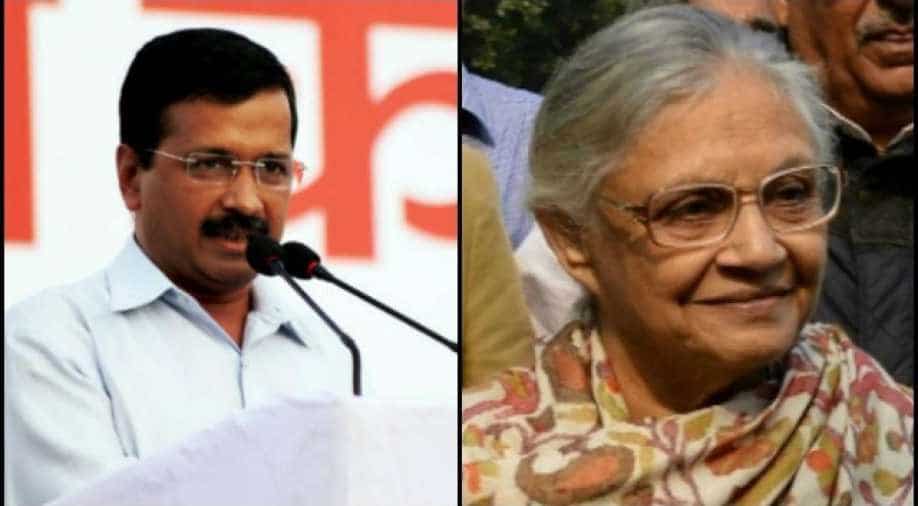 On the eve of Lok Sabha polls in the National Capital, Delhi Congress chief Sheila Dikshit and Delhi chief minister Arvind Kejriwal engaged in friendly banter on Twitter over the former's health.

Dikshit asked Kejriwal why he was spreading rumours about her health.

A senior Congress leader said Dikshit posted the tweet after learning that volunteers of Delhi's ruling Aam Aadmi Party (AAP) were spreading rumours in Northeast Delhi that she is unable to actively take part in campaigning because of her health.

Dikshit, a three-time Delhi chief minister, is contesting the polls from the North East Delhi seat.

Kejriwal promptly denied having said anything about her health. "When did I say anything about your health? Never. My family has taught me to respect elders. I wish God gives you good health and long life. When you were going abroad for treatment, I had come uninvited to your place to inquire about your health. When should I come to your place to have food?" he wrote on Twitter in Hindi.

The former Delhi chief minister's son Sandeep Dikshit also posted a video on Facebook where she could be seen having dinner with her family and party workers.

Delhi Congress' media committee member Parvez alleged that the AAP was "spreading rumours" that Dikshit was ill and admitted to a hospital, which was not true.

"She is healthy and at her home," he said.

A Congress worker also filed a complaint at Jafarabad Police Station over rumours that Dikshit was admitted to hospital.