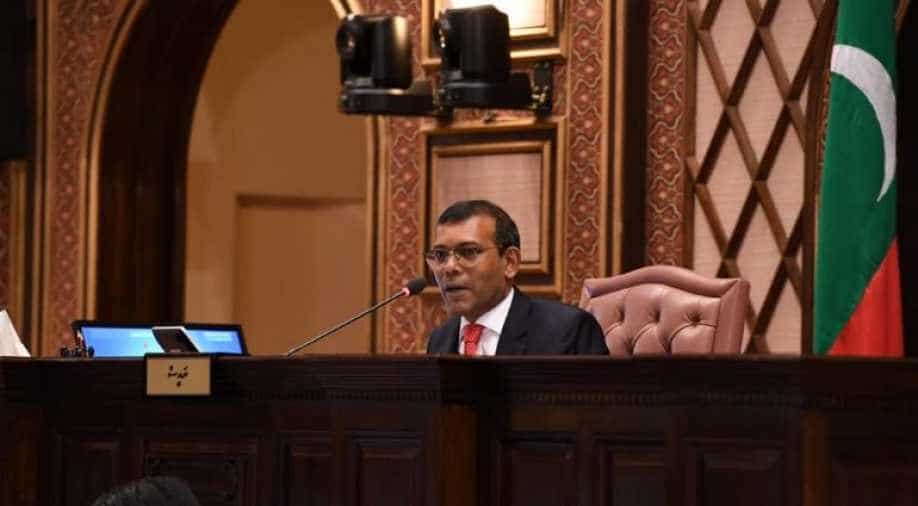 The Prime Minister had visited the Maldives in November 2018 to attend the oath-taking ceremony of President Ibrahim Mohamed Solih.

Prime Minister Narendra Modi will be addressing Parliament of Maldives - People's Majlis - during his visit to the country from June 7 to 8.

This will be his first foreign visit after assuming office for the second term.

In a tweet, Maldives' Foreign Minister Abdulla Shahid said, "Maldives Parliament has unanimously passed a resolution to invite PM Narendra modi to address a sitting of the house during his upcoming visit to the Maldives."

#Maldives Parliament has unanimously passed a resolution to invite PM @narendramodi to address a sitting of the house during his upcoming visit to the Maldives.

The Majlis took up the matter on Wednesday and motion was passed with consensus. As a part of a process, if any foreign leader addresses the country's parliament, it has to be approved by the MPs.

Former High Commissioner of India to the Maldives, Rajeev Shahare speaking to WION on the visit said, "PM Modi’s upcoming visit to the Maldives, his first overseas visit after re-affirmation of a robust mandate in the recent polls, is a strong reiteration of his “neighbourhood-first” policy."

He explained, "Given Maldivian President Ibu Solih’s favourable disposition towards India with his “India-first” policy and India’s desire to intensify and deepen its engagement with the Maldives, the visit is likely to open a new chapter in our bilateral relations."

Bhutan was the first foreign country he visited in the first term after taking charge as Prime Minister in 2014. During that visit, he addressed the joint session of Parliament.

The last Indian Prime Minister to address the Maldives' Parliament was Manmohan Singh in 2011. He was then the first head of the government to address the 'People's Majlis'.

Last six months have seen a number of high-level visits between the two countries. PM Modi had visited the island country during the oath-taking ceremony of President Ibrahim Mohamed Solih. This visit was followed by visits by Maldivian foreign minister Abdulla Shahid & President Solih.

In March this year, Sushma Swaraj, the minister of external affairs under the Modi government's first term, visited the country in which India announced 100 million rufiyaa grant.

Under the 100 million rufiyaa grant, two new projects, financial support to establish Emergency Medical Services and construction of classrooms were announced on Wednesday.

The Maldives is a key country in the Indian Ocean region and lies in the heart of busy shipping lanes connecting Africa with Asia. The previous administration under President Yameen had junked the "India first" policy for a pro-china policy.