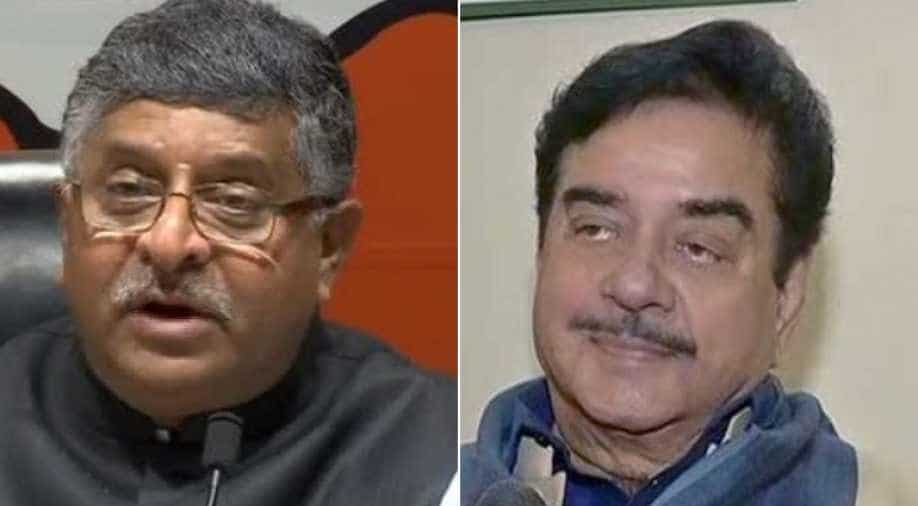 The Patna Sahib Lok Sabha seat has six assembly constituencies under it out of which five are held by BJP at present and a lone one by RJD.

Congress leader Shatrughan Sinha is confident of his victory from Patna Sahib Lok Sabha constituency where polling will be held on May 19. Sinha, who recently quit the BJP, is locked in a straight contest against Union Minister Ravi Shankar Prasad whom the BJP has fielded this time.

Sinha ended his nearly three decades long association with BJP in April after remaining at loggerheads with the current party leadership for quite some time.

Sinha, who snapped ties with the BJP earlier this month, had generous words of praise for his rival Prasad, saying his refusal to engage in personal attacks during poll campaign showed he was a "bhadralok" (well-educated).

Prasad is a resident of the Bihar capital Patna and his father was a state minister and leader of the Jan Sangh, the parent of the Bharatiya Janata Party (BJP).

Sinha had recently dismissed the claims made by the BJP that the seat is its stronghold. "Let them (BJP) live in fool's paradise... voters of Patna Sahib will teach them a lesson," Sinha had said.

He cited the victories of Congress and RJD nominees in the past from the prestigious Bihar seat, from where he is seeking re-election for the third straight time, to deride BJP's claim.

The Patna Sahib Lok Sabha seat has six assembly constituencies under it out of which five are held by BJP at present and a lone one by RJD. It has traditionally been a kayastha seat where the caste has around 25 per cent voter base.

Altogether 37 candidates have filed their nomination papers for Patna Sahib, which goes to polls in the seventh and final phase of general elections on May 19.

Other constituencies in Bihar that go to polls in the final phase are Pataliputra, Nalanda, Jehanabad, Arrah, Buxar, Karakat and Sasaram.