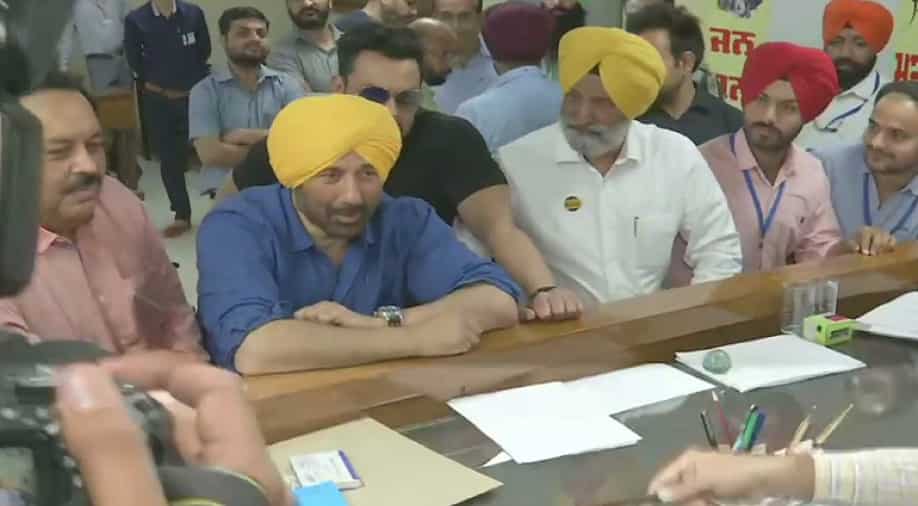 All the 13 seats of Punjab are going to polls on May 19 in the seventh and the last phase of Lok Sabha polls. Gurdaspur is again going to be among the most-watched constituencies in the state due to its star-studded clash.

The BJP has fielded actor Sunny Deol, a Jat Sikh, from Gurdaspur which had been represented by film actor-turned-politician Vinod Khanna for four times in 1998, 1999, 2004 and 2014.

However, Deol's nomination from the seat was seen as a setback to Khanna's wife Kavita Khanna, who was hopeful of getting a BJP ticket from this seat.

Sunny Deol, who has won national film awards for 'Ghayal' and 'Damini', is pitted against sitting MP and Congress candidate Sunil Jakhar, AAP's Peter Masih and PDA's Lal Chand in the electoral fight from Gurdaspur seat.

Currently, the constituency is represented by Jakhar, who won the seat in the 2017 bypoll, which was necessitated after the death of Vinod Khanna in April that year.

Khanna died of bladder cancer at a hospital in Mumbai on April 27, 2017. He was popularly known as "Sardar of Bridges" for connecting remote villages in his constituency.