I can get Bayern back on road to success: Heynckes 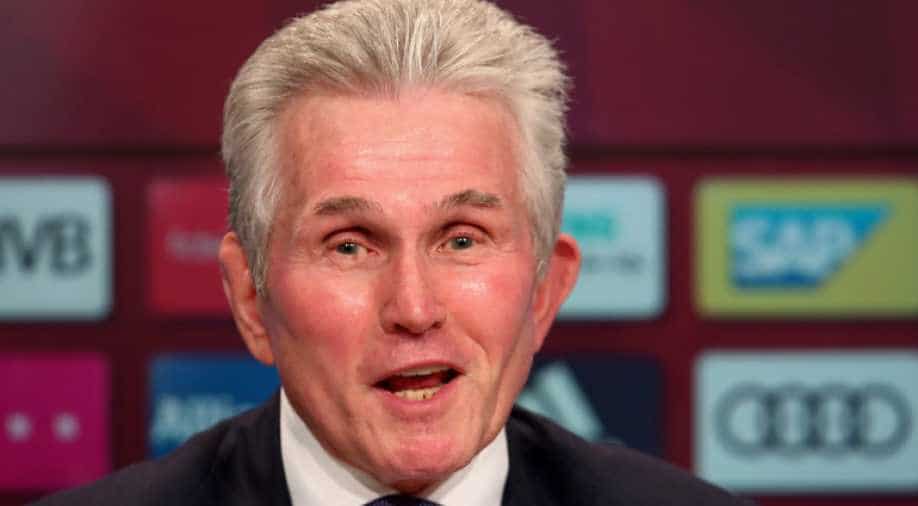 Jupp Heynckes, who also coached?Bayern?from 1987-91 and briefly in 2009, reunites with former assistants Peter Hermann and Hermann Gerland, both part of his backroom staff during the treble-winning season. Photograph:( Reuters )

New Bayern Munich coach Jupp Heynckes sounded confident on Monday that he will be able to turn things around for the German champions following a lacklustre start to the season that led to the sacking of Carlo Ancelotti.

The 72-year-old Heynckes, in his fourth stint at the club, takes over with Bayern in second place in the Bundesliga, five points behind leaders Borussia Dortmund after twice wasting two-goal lead in consecutive matches to draw 2-2.

The Bavarians are also second in Champions League Group B with three points from two games, after beating Anderlecht and losing 3-0 at Paris St Germain.

"I think it is a difficult situation, the team is in a phase of change," Heynckes, who led Bayern to the treble including the Champions League in 2013, told reporters at his official presentation on Monday.

"There are injuries, Manuel Neuer, who is the best goalkeeper in the world, is injured, Franck Ribery is injured. These are all drawbacks but I think I know how to reach the team, the work I need to do," he added.

"I am confident we can turn the team back onto the road to success. It has the quality to show a different face. It will be a balancing act but I think I have the experience to do it."

Heynckes, whose first game is on Oct. 14 at home against Freiburg, said this was not a comeback but rather a favour to good friend and Bayern president Uli Hoeness and he planned to slip back into retirement at the end of the season.

"Now this is not a comeback I talked with CEO Karl-Heinz Rummenigge and President Uli Hoeness and they asked me to take it over for a limited time.

"I will not shy away from conflict. I want to form a team where everyone works for the other, with respect and togetherness in the forefront."

Heynckes, who also coached Bayern from 1987-91 and briefly in 2009, reunites with former assistants Peter Hermann and Hermann Gerland, both part of his backroom staff during the treble-winning season.

The German, who also led Real Madrid to the Champions League title and coached Benfica, Athletic Bilbao and a string of Bundesliga clubs, has not worked since leaving Bayern in 2013.

"Heynckes is the best solution for this time," Hoeness said. "It gives the club time to settle all outstanding issues and present a new coach by July 1. We thought he is the ideal choice. I am happy that my best friend is back at Bayern."