Iceland gear up for the biggest game in their history 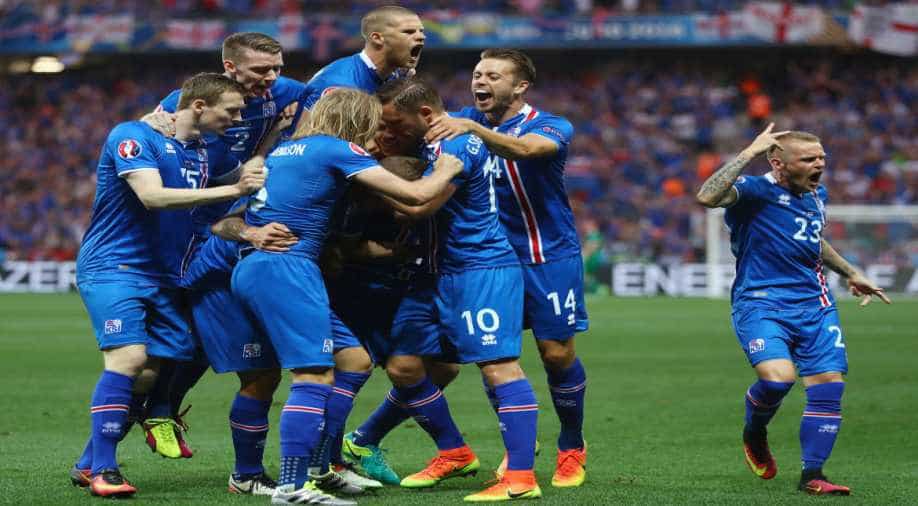 Iceland defenders, Kari Arnason and Ragnar Sigurdsson both admitted it would be a tough match. Photograph:( Getty )

Follow Us
Iceland were in a relaxed mood at training today as they continued to prepare for their Euro 2016 quarter-final against France, but they were determined to make history in that match on Sunday.

Iceland, in their first major tournament, have already taken the competition by storm, advancing past the group stage before humiliating England 2-1 on Monday. The players had a day off on Wednesday, during which they played golf.

Now, fully turning their attention to France, the players admit were feeling confident the likes of Paul Pogba would find it hard to break Iceland down.

"Pogba is a great player, of course, but I think we all will be ready, I don't think one player will decide this game, I think it will be really hard to break us down as everybody has seen and I think they (France) need more than one player," Iceland midfielder Birkir Bjarnason told reporters before training at their team base in Annecy.

"For us it is probably the biggest game in our history, so to meet France in France is fantastic I think. The atmosphere and all the things around the game will be amazing and I think the players will enjoy it."

Iceland defenders, Kari Arnason and Ragnar Sigurdsson both admitted it would be a tough match.

"I think France at the minute has probably got more quality in their camp, so, it is going to be a tough game, and, we knew the England game was going to be tough but this one probably be even tougher," Arnason said.

Sigurdsson, added: "We can to try to keep the ball a little bit more, play more offensive - we have been defending a lot - so, that is what we want to do, but it is not easy against the good teams to keep the ball, it is very difficult."

Up to this stage of the tournament Iceland have always been the unfancied team but Bjarnason doesn't think they are seen as a weak team any longer.

"In this tournament, on this stage, we will always be underdogs," Bjarnason said. "It doesn't matter which teams we meet, we will be the underdogs, and it probably has helped us so far, but as I said earlier, I don't think, I don't think anyone will underestimate us at this point."

Iceland co-coach Heimir Hallgrimsson said his players were only improving and he believes that trend can continue against France.

"We have been playing better and better throughout the competition so hopefully our best game is yet to come," he said. "And like you were asking, we're really proud of the players because they seem to be growing every game we play. So let's hope we will continue on growing in every game we have left in the competition."