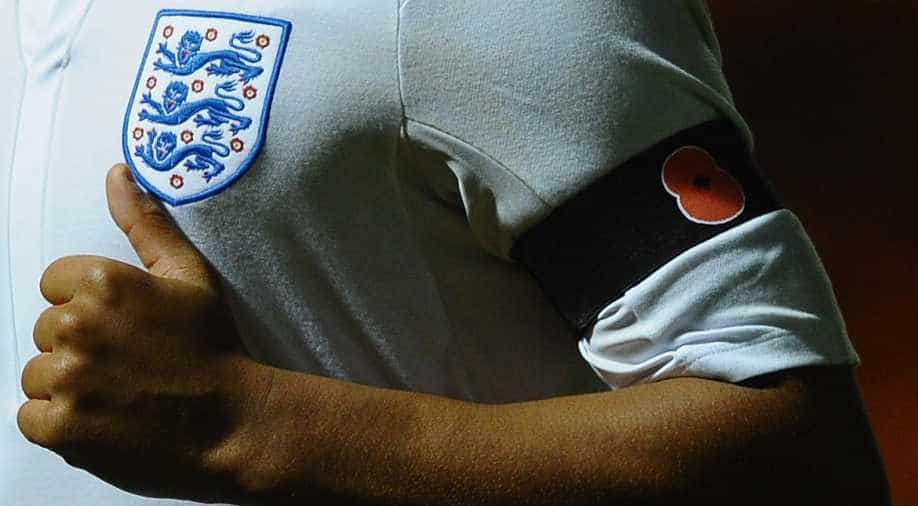 Despite a sanction threat from the world governing body FIFA, England and Scotland's players will wear black armbands with a red poppy in a World Cup qualifier on Armistice Day.

FIFA bans political, religious and commercial symbols on team uniforms while playing a match. The English and Scottish football associations have been arguing with the governing body to let players wear the bands.

The wearing of a poppy represents an "appropriate tribute" to Britain's war dead, the FA insisted.

"The poppy is an important symbol of remembrance and we do not believe it represents a political, religious or commercial message, nor does it relate to any one historical event," said an FA statement, reported news agency AFP. "The FA intend to pay appropriate tribute to those who have made the ultimate sacrifice by having the England team wear black armbands bearing poppies in our fixture on Armistice Day."

Britain remembers its war dead on November 11, which happens to be the day England play Scotland in a World Cup qualifier at Wembley.

The Scottish FA issued a statement saying the wearing of a poppy was "an appropriate tribute".

British Prime Minister Theresa May expressed outrage at FIFA's opposition to the tribute.

"It is utterly outrageous," May said.

Earlier Wednesday, British Prime Minister Theresa May branded as "outrageous" FIFA's opposition to the gesture. "Our football players want to recognise those who gave their lives for our security.

"It is absolutely right that they should be able to do so. A clear message is going from this house before they (FIFA) start telling us what to do they jolly well ought to sort their own house out."

The governing body restated its stance in a statement on Wednesday. It said the body "respected the significance" of Remembrance Day on November 11.

"The laws of the game are overseen by the International Football Association Board (composed of the four British FAs and FIFA) and applicable to all 211 member associations.

"The relevant Law 4, para. 4, clearly states that the players equipment should not carry any political, religious or commercial messages. The laws are applied uniformly in the event of similar requests by any member association to commemorate similar historical events."

However, FA chairman Greg Clarke told ITV that "we should wear poppies". "We are commemorating millions of people who gave their lives in wars over the last hundred years and they deserve that. The people who lost relatives deserve that. That’s our plan. We'll be wearing poppies at Wembley," Clarke said.

In 2011, FIFA agreed to let England wear a poppy symbol on black armbands when they played Spain in a friendly on November 11.