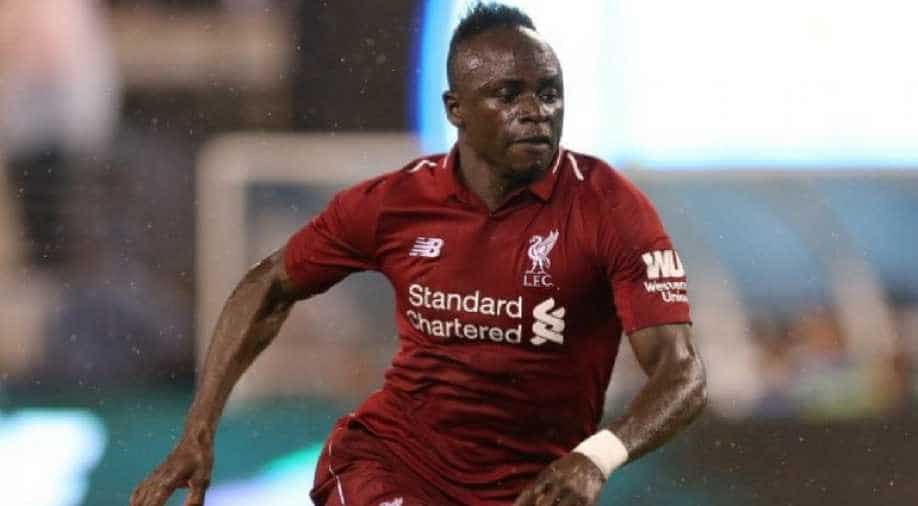 If more proof were needed of how unpredictable the Premier League can be it was provided on Wednesday as Liverpool blew a chance take a vice-like grip on the title race and Chelsea suffered their worst league defeat in 23 years.

Victory would have sent Juergen Klopp's side seven points clear of City with 14 games remaining but they could only draw 1-1 despite Sadio Mane giving them a third-minute lead.

Chelsea collapsed to a 4-0 thrashing at Bournemouth as the Premier League's supposed lesser lights continued to cause mischief at the top end of the table.

Liverpool, seeking a first title since 1990, have still increased the gap over City from four points to five but it was night of jitters at a freezing Anfield.

To make matters worse Leicester's scorer Harry Maguire had been fortunate to still be on the pitch after a professional foul on Mane with the score 1-0 to the home side.

Liverpool also had a strong penalty claim waved away in the second half when Naby Keita was fouled by Ricardo Pereira.

"If that is not a real chance and goalscoring situation, I do not know what is," Klopp said of Maguire's escape.

Of the penalty claim he said: "It was probably the clearest penalty situation we have had. The ref was in the best position on the pitch. You will have to ask him why he didn't give it."

Mane's opener came after a superb passing move but thereafter Liverpool's inspiration ran dry and Maguire scored from close range shortly before halftime after the hosts failed to deal properly with a free kick.

"We have a point more, not exactly what we wanted, but it is fine," Klopp said of the draw.

Tottenham Hotspur looked as though they were also about to stumble but came from behind to beat Watford with late goals for Son Heung-min -- in his first game since returning from the Asia Cup -- and Fernando Llorente at Wembley.

It left Mauricio Pochettino's side just two points behind Manchester City and seven off Liverpool, opening up the possibility of a three-horse title race.

Perhaps of more importance for third-placed Tottenham, however, is the seven-point lead they have over Arsenal and Chelsea in the battle for fourth spot.

Chelsea's 4-0 drubbing at Bournemouth -- a second consecutive league defeat -- left the spotlight focussed on manager Maurizio Sarri who locked himself in the changing room with his players for 45 minutes after the game.

It was only the second time since the Premier League began in 1992 that Chelsea have suffered a four-goal defeat and the first since a 5-1 loss to Liverpool in 1996.

They had dominated the first half with Mateo Kovacic's header being touched onto the bar by Bournemouth keeper Artur Boruc. But even with Gonzalo Higuain making his first Premier league start, they lacked penetration.

The second half was a horror show as Joshua King scored twice either side of one for David Brooks with substitute Charlie Daniels completing the rout in stoppage time.

Bournemouth's win came a year after they beat Chelsea 3-0 at Stamford Bridge.

It was Daniels' goal that meant Chelsea slipped below Arsenal on fewer goals scored and with Manchester United only a further two points in arrears, Chelsea's top-four hopes are wavering.

Southampton and Crystal Palace remain too close to the relegation zone for comfort after a 1-1 draw at St Mary's in which Palace had goalscorer Wilfried Zaha sent off.

James Ward-Prowse secured a point for Southampton with a 77th-minute equaliser.