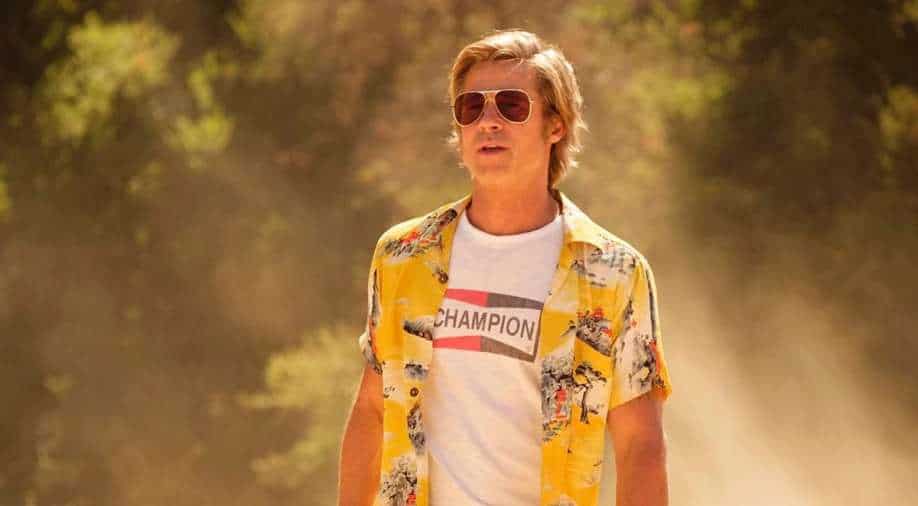 Brad Pitt in 'Once Upon a Time in Hollywood'. Photograph:( Others )

Brad PItt has never been officially diagnosed with the illness but he thinks that he might be suffering from the condition.

Seems like, Brad Pitt has been going through a lot in his personal life. Recently, the actor has opened up about his mental health, depression, quitting cigarettes and more, and now the actor believes that he might have face blindness also known as prosopagnosia.

In his recent interview with GQ, Pitt shared his personal struggle which he faces when he meets people and can't recognise them. What is more sad is that no one understands that, he's suffering from a rare illness & difficulties he's going through.

During the interview, the 'Bullet Train' actor said that he wants to remember the people he meets, and he’s ashamed that he can’t.

However, Brad has never been officially diagnosed with the illness but he thinks that he might be suffering from the condition. He also fears that his condition might lead other people to think that he's “remote … aloof, inaccessible [and] self-absorbed”

“Nobody believes me!” he says. Before adding, he wants to meet another person suffering from prosopagnosia.

This is not the first time when the actor is talking about his problem with recognising faces. In the year 2013, during his interview with Esquire, the actor opened up about the same problem.

“So many people hate me because they think I’m disrespecting them,” he said back then. “So I swear to God, I took one year where I just said, ‘This year, I’m just going to cop to it and say to people, “Okay, where did we meet?”‘ But it just got worse. People were more offended.”

So what is this rare disorder, Brad Pitt might be suffering from? let's find out

Prosopagnosia also known as face blindness is a neurological disorder. People who suffer from this disorder feel trouble recognising faces.

The people suffering from the illness are unable to recognise their family members, partners or even friends, as per National Health Service (NHS).

What are the effects of Prosopagnosia?

The person who suffers from the rare illness avoids public gatherings and interactions and develops social anxiety disorders and depression.

As NHS, there are some crucial cases when one person can't even recognise one own face.

How many types of Prosopagnosia?

There are two types of face blindness -

2) Acquired prosopagnosia. The person suffers through this condition after brain damage, like stroke or serious head injury.

What is the treatment, and how It can be cured?

There is no cure or specific medical treatment for this rare condition available - but the person suffering from the acquired type can use clues to recognize faces. For example, like voice, hair etc.