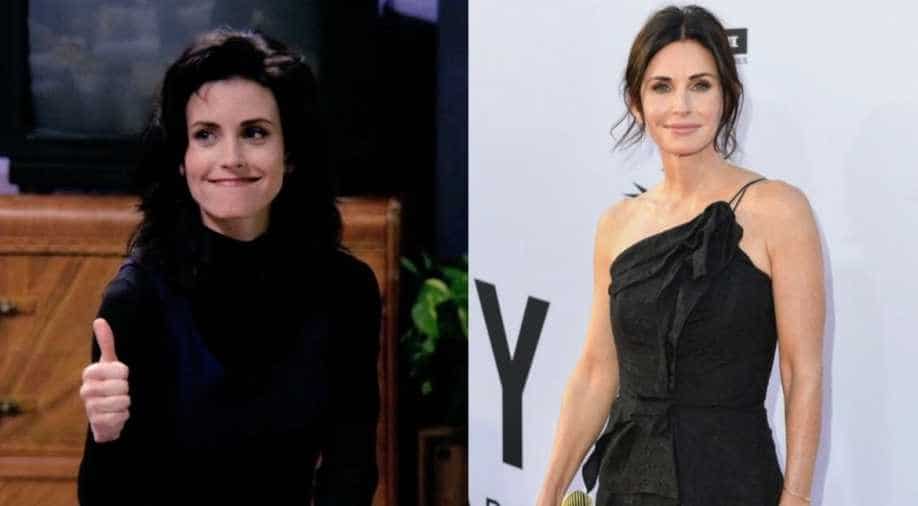 Courteney Cox is just like her 'Friends' iconic character Monica Geller in her real life too.

Sharing the similarities between her and Monica, Cox took up an Instagram video challenge. In the video, the actor can be seen saying, "Tell me you're a Monica without telling me you’re a Monica'' and later she shows off her organised kitchen featuring organised cutlery cabinet, named jars, just like Monica was, and at last, she remarked her famous dialogue, 'I know.'

Did Jennifer Aniston reveal her plans of adopting a baby during the 'Friends' reunion episode?

'Friends' character Monica is known for her cleanliness, competitiveness and obsessive-compulsive nature. “Am I the only one?” She captioned the video. Cox appeared as Monica in all of the show's 236 episodes, from its premiere in 1994 to its finale in 2004.

The video come after the official Friends Instagram account revealed that the reunion special had finished filming.  Sharing the photo of the light display reading Friends: The Reunion. ''That’s a wrap! 🎬 Could we BE anymore excited!? Friends: The Reunion is coming to @hbomax. #friendsreunion,” the caption read.

Cox will appear in a Friends reunion episode along with other cast members including -Jennifer Aniston, Matthew Perry, Lisa Kudrow, Matt Le Blanc, and David Schwimmeralong with the show's creators Marta Kauffman and David Crane and all of them will sit down for an unscripted chat with Ellen DeGeneres.

The special episode was announced in early 2020 and was scheduled to air in May 2020 but the pandemic delayed the filming and the premiere date of the special episode. It will stream exclusively on HBO Max.