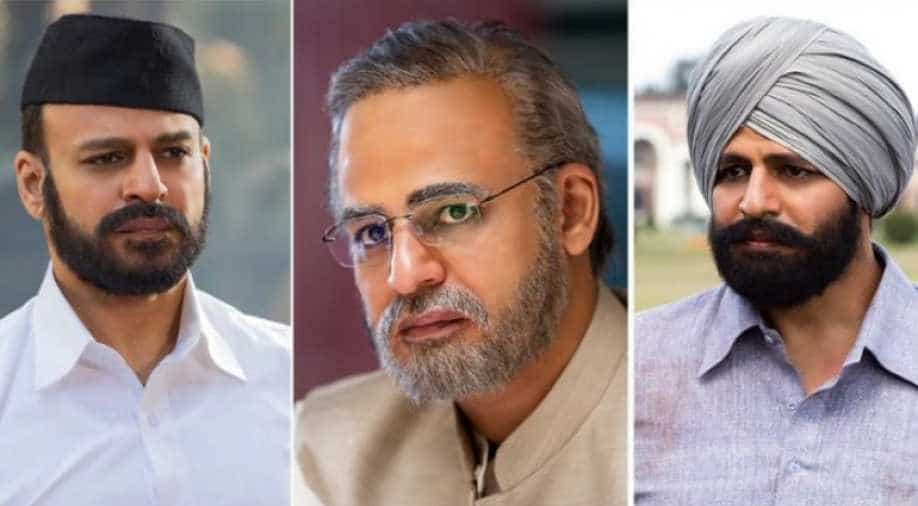 Sources said that "police protection has been provided to Vivek Oberoi on the basis of the threat he has received."

It is worth mentioning that Vivek on Monday had tweeted a collage of three images featuring him, Aishwarya Rai Bachchan, her husband Abhishek Bachchan, their daughter Aaradhya and superstar Salman Khan.

The post referred to Salman and Aishwarya`s relationship as the `opinion poll,` Vivek and Aishwarya`s affair as the `exit poll` and her current family with husband Abhishek and daughter Aaradhya as the `final result.`

On Tuesday, the Mumbai Mahila Congress had demanded the police to lodge an FIR under Section 509 (gestures or acts intended to insult the modesty of a woman) of the Indian Penal Code (IPC) against Oberoi."This is to bring to your attention that actor Vivek Oberoi has insulted women modesty by his statement. Being an artist, his political interference needs limitations. Now, he has disrespected womanhood for which he should be punished. Mumbai Mahila Congress workers demand an FIR under Section 509 of IPC. Therefore, please consider the issue and take serious action and do the needful," Mumbai Mahila Congress president Ajantaa R Yadav said in the letter.

Vivek had initially stated that he didn't see anything offensive in his tweet and would not apologise since he had not done anything "wrong."

"Those who are in the meme have no objection while scores of politicians are trying to politicise the issue. They don`t work on issues but start their politics on such non-issues. There is a `Didi` in West Bengal who puts people behind jail for a meme. Now, these people are demanding to put Vivek Oberoi behind bars. They were unable to stop my film and hence are now are trying to put me behind bars," Vivek had said.

Refusing to tender apologies, Oberoi had said: "People are asking me to apologise. I have no problem in apologising, but tell me what wrong have I done. If I have done something wrong, I will apologise. I don`t think I have done anything wrong. What`s wrong in it? Somebody tweeted a meme and I laughed at it."

The National Commission for Women (NCW) had later issued a notice to actor Oberoi demanding explanation over his tweet on the exit polls.
However, the actor removed the said tweet later and apologised for hurting sentiments.

The actor on Thursday, spoke to WION celebrating BJP's win in the general elections. "They can’t stop me or Modi Ji. Tomorrow when people will celebrate Modiji’s victory, our film will release and they will know his story.”