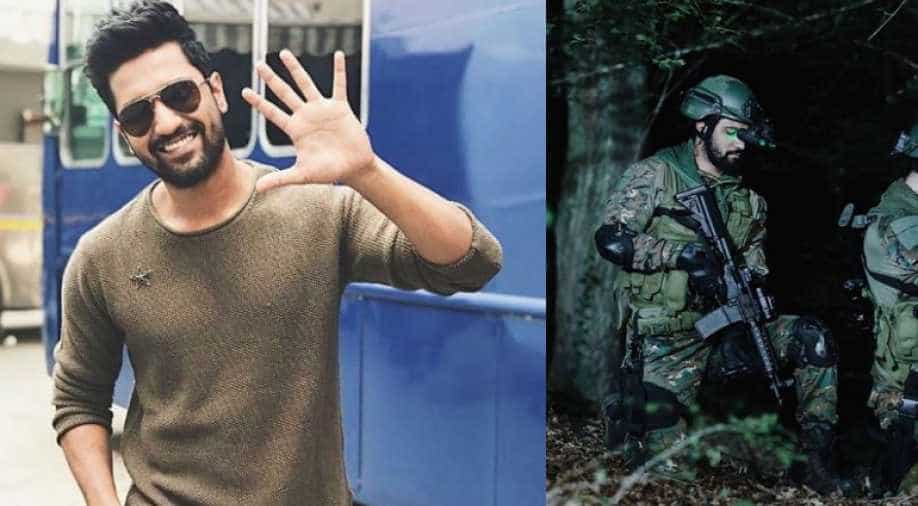 'Uri: The Surgical Strike' is based on the September 29, 2016 retaliation surgical strikes carried out by the Indian Army in response to the terror attacks at Uri, the army base camp in Kashmir.

The National Film Awards 2019 were announced today and the very talented Vicky Kaushal grabbed the Best Actor award for his role in 'Uri: The Surgical Strike'.

Sharing his happiness at the recognition by the coveted board, Vicky took to his Twitter account and wrote a heartfelt message. He dedicated his award to his parents, the nation and the armed forces of the country as he played the role of an Indian Army officer who leads the team to victory in the near-to-real depiction of the Uri attack that Indian government planned against terror camps in Pakistan.

He wrote, "Words might fall short to express the happiness I'm feeling right now. For my work to be recognised by the honourable National Film Awards Jury is truly a moving moment for me and my family. I wish to thank each and every member of the jury committee for finding me worthy of the prestigious Best Actor Award for my work in URI-The Surgical Strike. I'm also very happy to be sharing the award with someone whom I admire, both as a person and as an actor. Ayushmann, congratulations brother!"

Vicky added, "I wish to dedicate this Award to my parents, to every member of Team URI, to our nation and to our armed forces who put their lives on the line each day, come rain or storm. Thank You!"

Many other celebs wished the actor on this achievement as filmmaker Karan Johar wrote, "Huge Badhai ho to the team of #BadhaiHo and the team of #URI !  What a win to @ayushmannk and @vickykaushal09 ! Well done @RSVPMovies @JungleePictures @RonnieScrewvala ! #pritishahani Congratulations @AdityaDharFilms and kudos to #SriRamRaghavan for his win #Andhadhun"

'Uri: The Surgical Strike' is based on the September 29, 2016 retaliation surgical strikes carried out by the Indian Army in response to the terror attacks at Uri, the army base camp in Kashmir.