Universal Studios park in China to have facial recognition tech 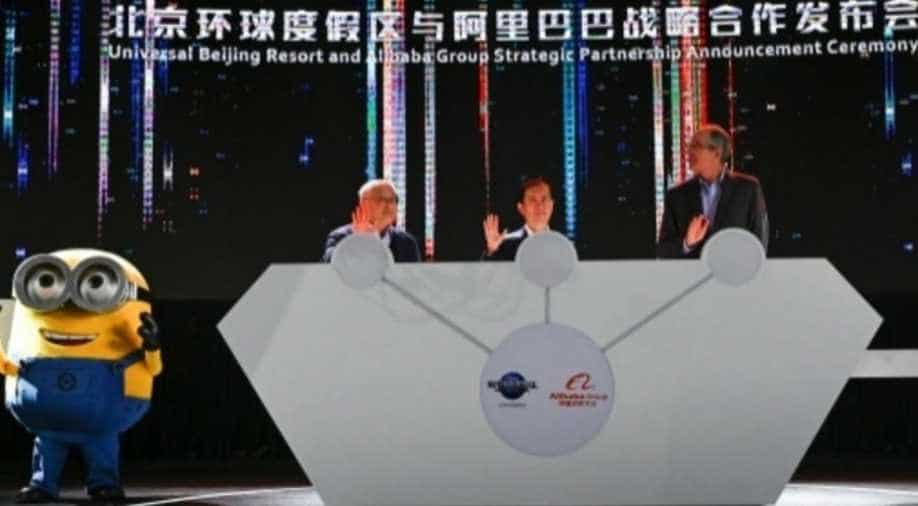 The technology is part of a host of services owned by Chinese internet giant Alibaba that will be integrated into Universal's park Photograph:( AFP )

The Universal Studios amusement park under construction in Beijing will admit visitors without a ticket -- thanks to cameras that will scan their faces to determine if they've paid for an entry.

The technology is part of a host of services owned by Chinese internet giant Alibaba that will be integrated into Universal's park, the companies announced at a press event in Beijing on Thursday.

Facial recognition technology is gaining traction across China, where it is being used for everything from supermarket checkouts to surveillance.

While researchers have warned of the privacy risks associated with gathering facial recognition data, consumers have widely embraced the technology.

"There is no more seamless way to enjoy what we're building than using the Alibaba technology," said Brian Roberts, CEO of Comcast, which owns Universal.

Alibaba, which rose to prominence as an online shopping company, has in recent years invested intensively in entertainment and tourism.

The company's Alipay app is widely used in China alongside rival WeChat Pay as an alternative to cash.

Universal's Beijing park, which will feature characters from Hollywood blockbusters like Harry Potter and Kung Fu Panda, was first announced in 2014 after receiving approval from China's top economic planner, the National Development and Reform Commission.

Construction is underway in the Chinese capital's Tongzhou suburban district and the park is expected to open its gates in 2021.

Visitors who don't wish to have their faces scanned will still have other ways of getting into the park and paying for food and merchandise, Universal staff told AFP.

The Beijing amusement park, part of a larger resort that will include three hotels, will be competing for the Chinese market against Shanghai's Disneyland, which opened in June 2016.