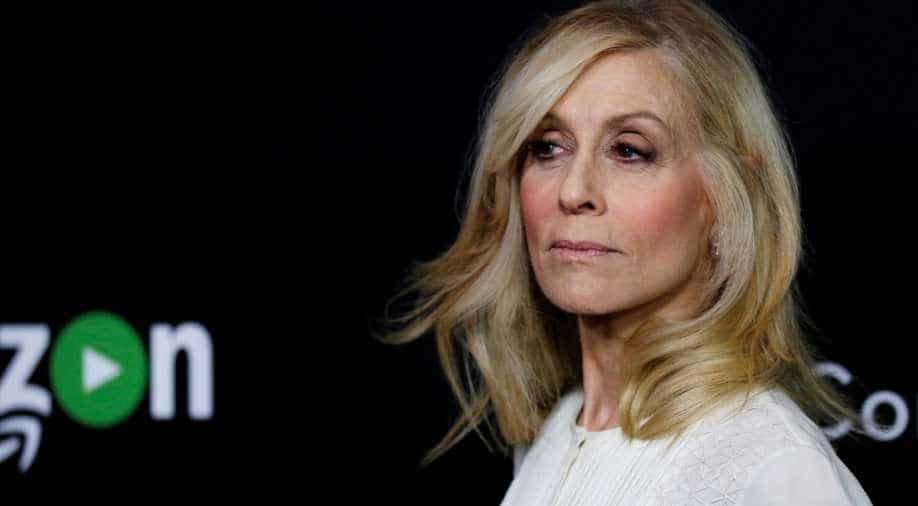 Series creator Jill Soloway told reporters on Saturday that turning to song and dance allowed the show to return with a fresh take and an upbeat ending despite the heavy subject matter and on-set turmoil.

The groundbreaking TV show 'Transparent' will end with a musical episode in which the Pfefferman family grapples with the death of the character played by Jeffrey Tambor, the award-winning star fired after accusations of sexual misconduct.

Series creator Jill Soloway told reporters on Saturday that turning to song and dance allowed the show to return with a fresh take and an upbeat ending despite the heavy subject matter and on-set turmoil. The finale will debut on Amazon Prime Video on September 27.

"Making it into a musical in some ways just rescued it from being overly serious," Soloway said at a Television Critics Association event. "We didn't want to tell a story of Maura's death that was complete mourning, that was a sad farewell."

The format also offered the cast "our chance to heal together" after Tambor's exit, Soloway said.

"We had to find our way back to joy," Soloway said, "and the musical allowed us to do that."

'Transparent' broke barriers when it debuted in 2014 with its use of transgender actors and portrayal of the transgender community. Tambor played the lead role of Maura Pfefferman, a divorced father who transitions to a woman late in life, through four seasons.

The actor, who won two Emmys and a Golden Globe for the role, was cut from the show in February 2018 after two people who worked on the series accused him of sexual harassment. Tambor has called the allegations false.

'Transparent' stars Judith Light as Shelly Pfefferman, the ex-wife of Maura and the mother to three children played by Jay Duplass, Amy Landecker and Gaby Hoffman.

The series was based on Soloway's own family, the creator has said. Soloway's sister, Faith Soloway, wrote the music for the final episode, which she said was pulled from songs she had been writing about the family her entire life.

Shakina Nayfack, a newcomer to the cast, said the stars and producers wanted a worthy farewell to honour its legacy.

"There's so much magic and opportunity that's been created by this show," Nayfack said. "If we were to let it go down because of an unfortunate event, we'd be taking that away from everybody, especially the trans folk who need this representation, who need these jobs."

"So the commitment to keep going and push through the fire and create something truly celebratory was shared, and was there from the beginning," Nayfack added.