To celebrate 'Petta' release, Rajinikanth fans get married outside theatre 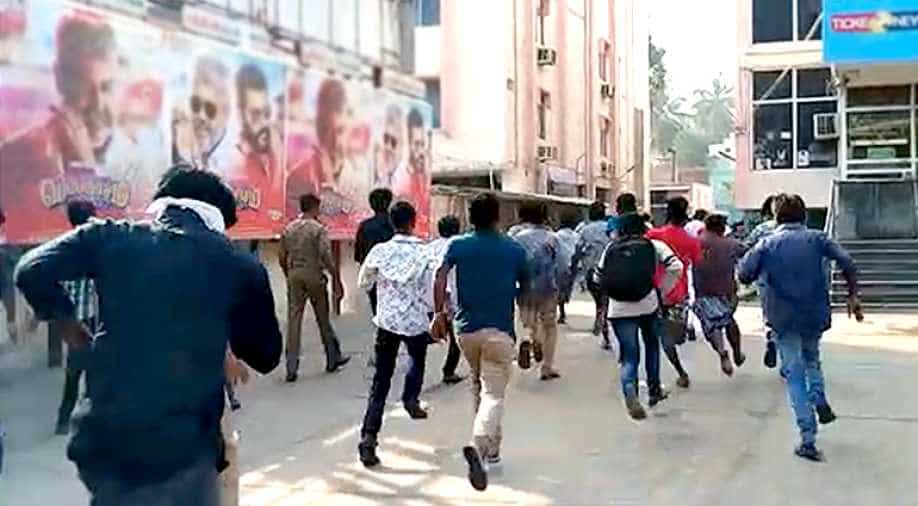 Fans rushing inside a theatre in Chennai to watch Rajinikanth's 'Petta'. Photograph:( ANI )

http://www.wionews.com/entertainment/rajinikanth-back-to-enthrall-fans-with-petta-his-first-release-of-2019-189313Two of Rajinikanth's die-hard fans in Chennai decided to celebrate the release of  'Petta' by getting married on the same day.

It is no secret that Rajinikanth isn't just treated as an actor or a superstar down South. Such is the craze for the 'Thalaiva' that people go all out to shower their love on him and his films.

The same thing happened on January 10 when two of  Rajinikanth's die-hard fans in Chennai decided to celebrate the release of  'Petta' by getting married on the same day.

Not just this! The couple, Anbarasu and Kamachi, tied the knot outside the Woodlands Theatre, on Thursday. Also see: Rajinikanth back to enthrall fans with 'Petta', his first release of 2019

A stage was set-up where the ceremony took place with all the rituals and customs. Thereafter, food was distributed to all the fans who had gathered outside the theatre to watch the movie.

The Tamil version of the Karthik Subbaraj-directorial released today while the Hindi dubbed version will hit the screens on Friday.