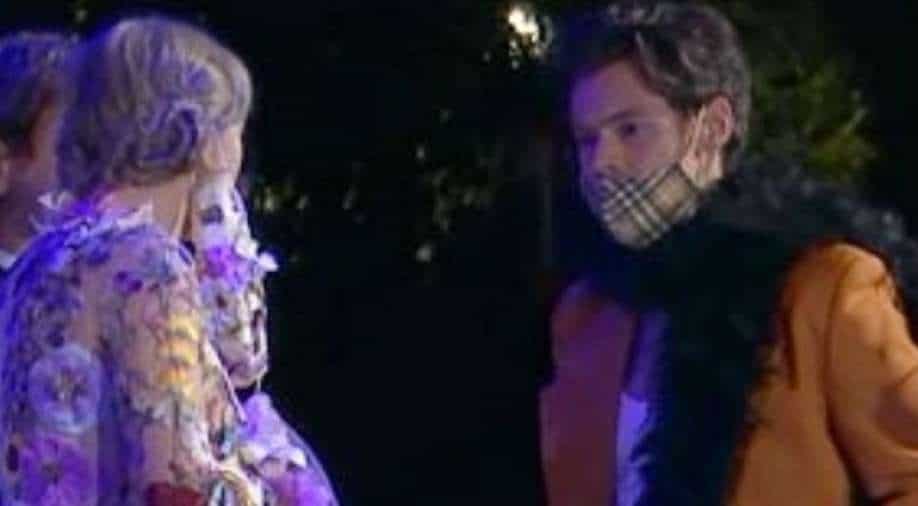 Meanwhile, Taylor Swift created history at the Grammys as she secured the 'Album of the year' title for the third year in a row.

Harry Styles and Taylor Swift had a sweet reunion at the Grammy awards.

The Recording Academy released a video of the two chatting between commercial break.

Taylor created history at the musical night as she secured the 'Album of the year' title for the third year in a row. Meanwhile, Harry also took the Grammy home for Best Pop Solo Performance during the 63rd annual ceremony. Both the crooners dated back in 2012.

The video shows Styles standing on one side of Swift's table as the 'Cardigan' singer leans on the other side, as both indulge in the deep conversation. This was the first time since their breakup that the pop stars were spotted catching up.

Another special thing that attracted everyone's attention was that when it was announced that he had won the Grammy for Best Pop Solo Performance for ‘Watermelon Sugar’, Taylor stood up and applauded for her former beau.

The small reunion is among the top trends of the internet today, see the fans reactions below:

TAYLOR SWIFT AND HARRY STYLES greet each other at #GRAMMYs!!!! pic.twitter.com/AHpZ1PuNzY

taylor swift is so happy for harry styles. i love it #GRAMMYs pic.twitter.com/lk17NTphsU

harry styles winning a grammy and taylor swift standing up and clapping for him even though she lost the grammy he won. send tweet. pic.twitter.com/JcqcU2Waxi

harry styles and taylor swift interacting at the grammys solved all of my life problems pic.twitter.com/NxBQVrAeJO

Meanwhile, Taylor is currently dating Joe Alwyn and they have been going steady for years and Harry Styles is rumoured to be dating Olivia Wilde, although it is not confirmed by the couple yet.