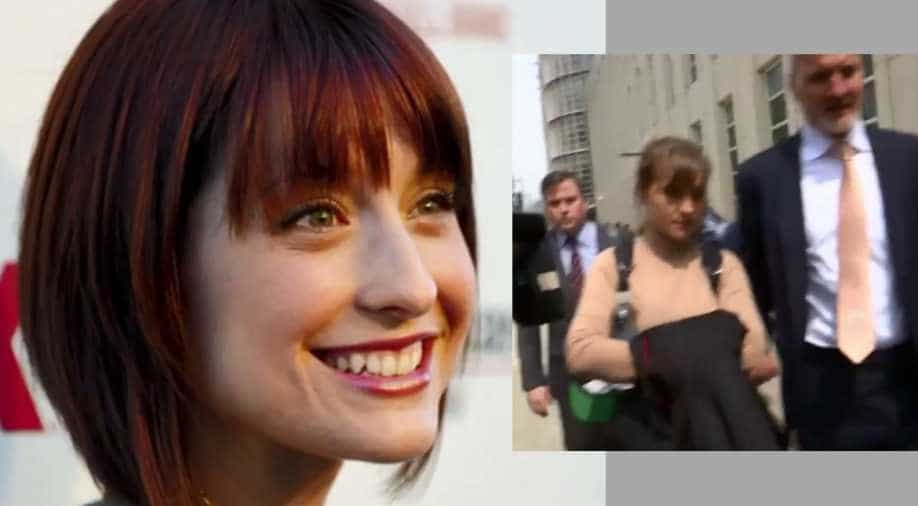 Mack, 36, entered her plea to racketeering and conspiracy charges before US District Judge Nicholas Garaufis in Brooklyn federal court, admitting that she coerced the two unnamed women unto performing services by threatening to release damaging information about them.

'Smallville' actress Allison Mack on Monday (April 8) pleaded guilty to blackmailing two women as part of an alleged New York sex cult that prosecutors call a racketeering operation that carried out sex trafficking and other crimes.

Mack, 36, entered her plea to racketeering and conspiracy charges before US District Judge Nicholas Garaufis in Brooklyn federal court, admitting that she coerced the two unnamed women unto performing services by threatening to release damaging information about them.

Fighting back tears, Mack said she had joined the organisation, led by guru Keith Raniere, a decade ago to find purpose in life.

"Through it all, I believed that Keith Raniere's intentions were to help people," she said. "I was wrong. I now realize that I and others engaged in criminal conduct."

There was no mention at the plea hearing of any agreement by Mack to cooperate with prosecutors in Raniere's trial, expected to begin later this month. Her lawyers declined to provide any further details about her plea deal.

Mack's plea came as potential jurors in the trial were summoned to court to fill out written questionnaires, which will be used to narrow down the jury pool. The next phase of jury selection, in which prosecutors and defence lawyers will question potential jurors in court, is scheduled to begin April 29, with the trial to follow as soon as a jury is chosen.

Raniere, 58, was arrested on sex trafficking charges in March 2018 and is being held without bail. Mack was arrested the following month.

Prosecutors accused Raniere of running a cult-like secret society within his organization, Nxivm (pronounced 'Nexium'), in which women were branded with his initials, put on extremely restrictive diets and forced to have sex with him.

Raniere has pleaded not guilty. Marc Agnifilo, one of his lawyers, declined to comment on the case after Monday's hearing. Agnifilo has previously said that his client's sexual encounters with women in the organization were consensual, and denied the child pornography charges.

Nxivm on its website calls itself "a community guided by humanitarian principles that seek to empower people and answer important questions about what it means to be human."