Shah Rukh Khan to do a cameo in Ranbir Kapoor-Alia Bhatt's 'Brahmastra'? 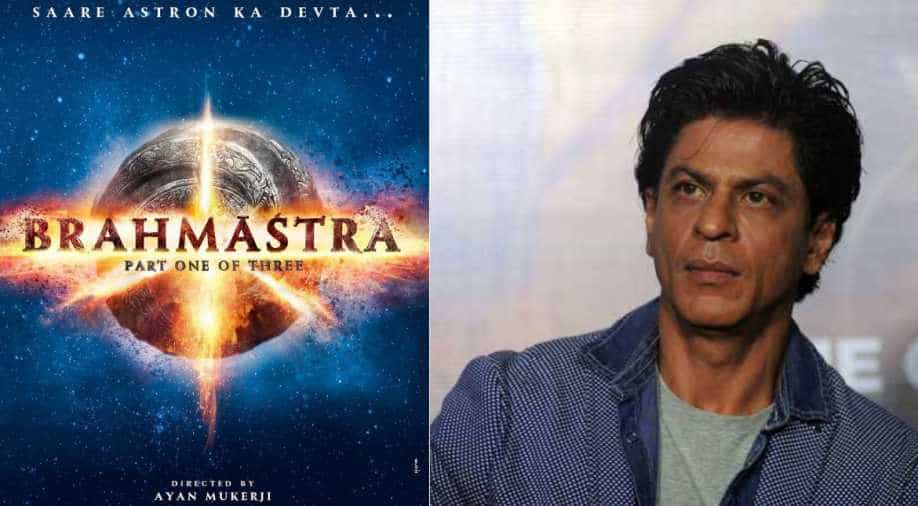 It has been in the making for some time now and is scheduled to release in the theatres in the summer of 2020.

Just yesterday we reported that Shah Rukh Khan might have confirmed his first film after ‘Zero’ with director Atlee. Trade analyst Ramesh Bala tweeted on October 31 that the film will be titled ‘Sanki’ and the announcement is said to be made on November 2, Shah Rukh Khan’s birthday.

The movie is said to be a masala entertainer that will be directed by commercially successful filmmaker Atlee.

Meanwhile, we now also have news that Khan might also star in Ayan Mukerji’s ‘Brahmastra’ that stars real-life couple Alia Bhatt and Ranbir Kapoor. It has been in the making for some time now and is scheduled to release in the theatres in the summer of 2020. It was earlier scheduled to release on Christmas 2019.

A source quoted in a Mumbai Mirror report was quoted, “Shah Rukh himself likes Ayan’s work and immediately agreed to the cameo. And like everyone else’s in the film, even SRK’s character has the mythological touch.”

“It’s a guest appearance but Shah Rukh plays a pivotal role in taking Ranbir’s journey forward. He has already allotted his dates for his portions and will shoot before the year-end,” the source added. The film also stars Amitabh Bachchan, Mouni Roy, Dimple Kapadia and Nagarjuna in important roles.

There have been no confirmations on the news as of yet.

‘Brahmastra’ is part of a fantasy trilogy of which this is the first part. The film aims to bring Indian mythology with science fiction, a first-of-its-kind in India.

Part 1: Love #brahmastra (P.S.: going to take some getting used to this new Instagram life)

For the uninitiated, announcing the dealy earlier this year, the director had written an emotional post: “Brahmastra for me is a dream that began in 2011 and I’ve been actively pursuing it since Yeh Jawaani Hai Deewani released in 2013. That dream is about creating a movie that offers our country something that’s really new and amazing and next level...in terms of story, character and emotions but also in terms of visual and visual effects. It’s been a long, long road to achieve this vision. When we broke the logo for Brahmastra at the Kumbh, we were excited that the end of the road is near, Christmas 2019...the date we announced for the release of the movie. But in the past weeks, I have learnt that teams working on the movie, lead by my VFX teams need more time in order to get the VFX right, to get the sound and music right, to get the film right. With that in mind, we are moving away from Christmas 2019 as our goal for the release of the movie. Working towards that goal could affect the most important goal which is to create the best possible movie experience that Brahmastra can be! Our release date is now slated for summer 2020 but we will announce this once we are absolutely certain of the date. I believe that the extra time going into making the movie is essential to achieve the dream of Brahmastra , and I really hope we make up for the delay by giving our movie-loving country something they can really love and feel proud of.”