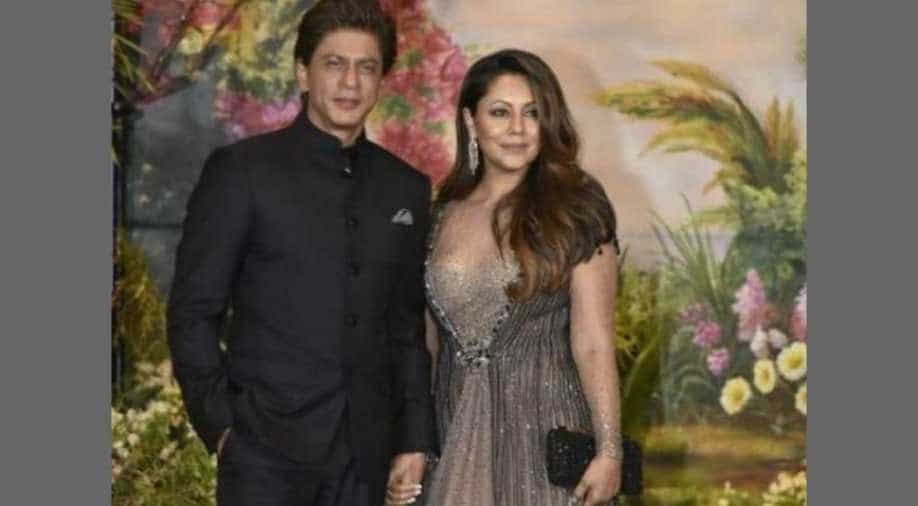 "Nearly three Decades and Dearly three kids old," he wrote alongside the post.

The couple, who got married in 1991, is celebrating their wedding anniversary today.

Sharing that their love-story goes "beyond all fairy tales", King Khan added, "I tell, I believe this one, I have got as beautiful as beautiful can be."

One of the most charming couple in Bollywood, they often express their affection for each other on social media.

Feels like forever, seems like yesterday....Nearly three Decades and Dearly three kids old. Beyond all fairy tales I tell, I believe this one, I have got as beautiful as beautiful can be!

Earlier last month, a nostalgic Gauri shared a look she had designed for Shah Rukh back in the 90s.She took to Instagram to post two throwback pictures. In one of them, SRK can be seen dancing with co-actor Kajol in the song `Yeh Kaali Kaali Aankhen`.

The couple has three children, two sons - Aryan and Abram - and a daughter Suhana.

On the work front, the `Raees` actor was last seen in `Zero` alongside Katrina Kaif and Anushka Sharma which was released in December last year.