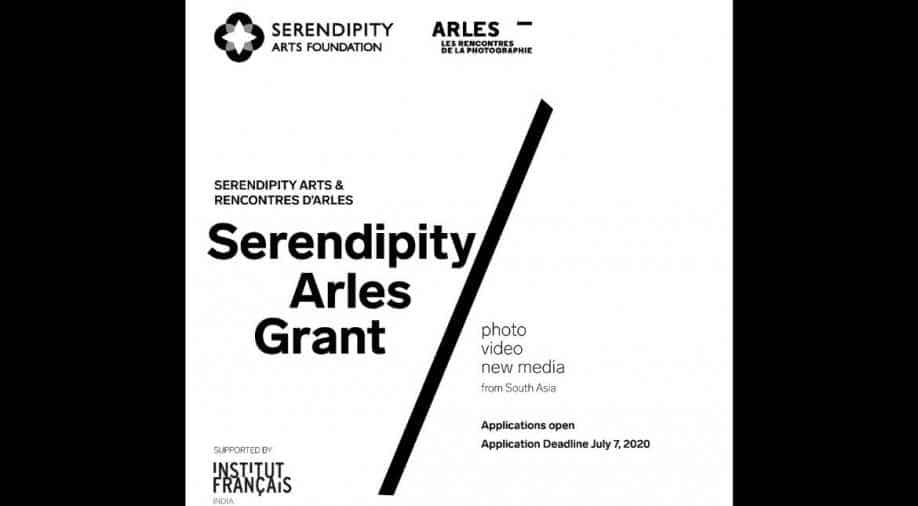 In a quest to strengthen regional cooperation on the foundation of the strong Indo-French bilateral relations through cultural exchange, Serendipity Arts Foundation and Les Rencontres d’Arles announced today the biggest photography, video and new media grant, supported by the Embassy of France in India, named the Serendipity Arles Grant, with the shared purpose of promoting cultural practices in South Asia.

The grant of 12,00,000 rupees will support lens-based practitioners from South Asian countries, including Afghanistan, Bangladesh, Bhutan, India, Myanmar, Nepal, Pakistan and Sri Lanka. The initiative seeks not only to empower artists from the region, but also further a spirit of regional cooperation and representation.

The open call for entries had begun from the 15th of April 2020, through the social media handles of the Serendipity Arts Foundation, Les Rencontres d’Arles and the Embassy of France in India, will close the process of receiving applications on the 7th of July 2020.

The valid applications for the grant received within this deadline will be shortlisted by a distinguished jury.

Acknowledging the Foundation’s position as a portal into South Asia’s cultural landscape, representing some of the best artists from the region, Sunil Kant Munjal, Founder Patron, Serendipity Arts Foundation, said, “Serendipity Arts Foundation was set up to energize the arts, spur creativity and to empower artists. Besides hosting the impactful and path-breaking Serendipity Arts Festival, the Foundation has supported the arts and artists of South Asia through residency programmes and grants. The collaboration with Rencontres d’Arles will strengthen our resolve to back and support artists from the region and help promote their work on a global platform”.

Highlighting the importance of this collaboration Sam Stourdzé, Director, Rencontres d’Arles, said, “Rencontres d’Arles is delighted to team up with the Serendipity Arts Festival, a major player on India’s art scene. Today our festival would like to acknowledge that India and the South Asia region have become a breeding ground of creation. Each year, 10 young photographers and a winner will be selected, funded and their work exhibited, strengthening the ties between our countries and, especially, shining a spotlight on the artists”.

The largest of its kind, the grant will be awarded in two stages. Upon receipt of applications for the grant within this deadline a distinguished jury comprising artists, authors, Foundation directors, and eminent personalities from diverse artistic domains, will review the proposals and shortlist 10 artists. The first stage will recognise and support 10 artists with a grant of 70,000 rupees (approximately 800 euros). Along with receiving a part of the grant, these ten shortlisted candidates will also be given the opportunity to showcase their work at the upcoming edition of the Serendipity Arts Festival, scheduled to take place later in the year in Goa, India.

Finally, at the festival,the same jury will unanimously declare the finalist, from amongst the ten previously shortlisted artists, who would then receive a grant of 12 Lakh rupees (approximately 15,000 euros) to develop the project and show the final presentation at Rencontres d'Arles, France, in 2022.

Welcoming the grant, Emmanuel Lenain, Ambassador of France to India, said, “Art and culture are at the core of the relationship between India and France. In these difficult times, I applaud these two key contributors for enriching the cultural landscapes of their respective countries through this long term collaboration. The Serendipity Arles Grant will make it possible to exhibit the works of one young artist of the region every year at the Rencontres d'Arles, a foremost photo festival of international repute. This will be a powerful testament to the vitality of Indo-French cultural relations.”