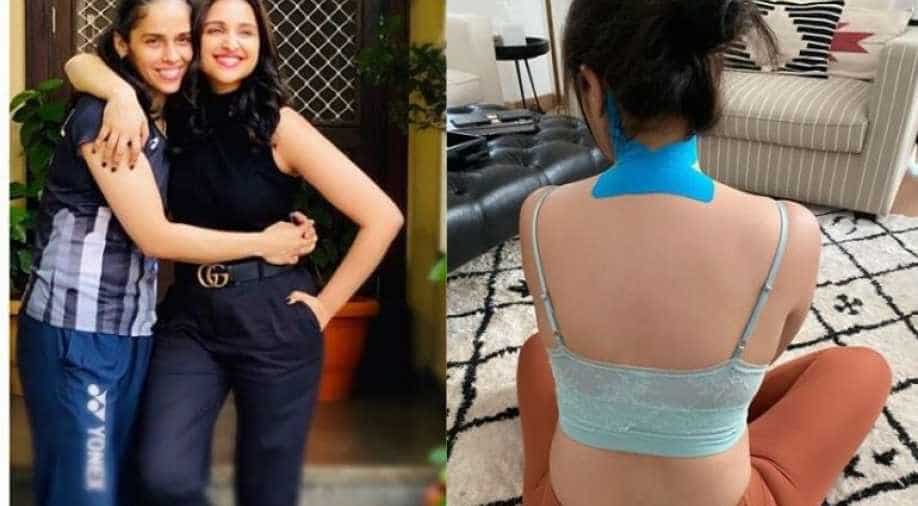 Parineeti Chopra also wrapped up filming for 'The Girl on the Train' in London recently.

Parineeti Chopra, who sustained an injury while shooting for the upcoming film based on the badminton player Saina Nehwal, documented her physiotherapy session on social media.

The actor who suffered an injury while shooting for the film wished to recover soon so that she can resume playing badminton. She uploaded a video on her Twitter handle on Saturday where she can be seen performing some exercises under the guidance of her physiotherapist Apoorva.

"Recovery Day 1. My whole body is stiff and tight. Thanks to my physiotherapist Apoorva for taking care of me," she captioned the video. The versatile actor updated fans about her condition on Friday with a picture wherein she had a blue bandage tied on her neck.

Recovery Day 1. My whole body is stiff and tight 😩 Thanks my physiotherapist Apoorva for taking care of me 💕

''Dude. Me and the entire team of Saina have been taking so much care that I shouldn't get an injury, but shit happens! Will rest it as much as I can before I can start playing badminton again," she had captioned the picture.

After over four months of extensive Badminton training, the actor has now moved to Ramsheth Thakur International Sports Complex for more than a fortnight to shoot as well as practice the game simultaneously.

To prep herself, even more, to step into the shoes of the player, Pari jetted off to Hyderabad to meet Saina at her home in Hyderabad and took notes of their rendezvous. Apart from this, she also wrapped up filming for 'The Girl on the Train' in London recently.