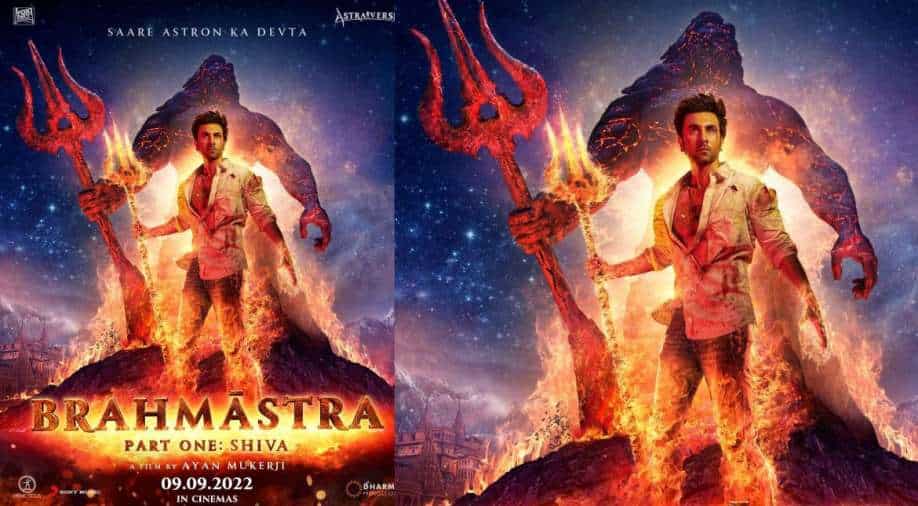 The first film in a trilogy that will form Bollywood's own cinematic universe, the Astraverse, Brahmastra took five years to produce.

Bollywood diva Alia Bhatt dropped a new BTS video in which she unveiled how her upcoming film Brahmastra, starring her husband and co-star Ranbir Kapoor, came to life back in 2016.

On Saturday, Alia Bhatt shared some fresh insights on her upcoming movie Brahmastra, along with a caption, which read, "How it all began ... a glimpse into our prep .. and the journey of Brahmastra, Brahmastra releasing 09.09.2022."

On the other hand, filmmaker Ayan Mukherji too shared the video, with a caption, which read, "Chingariyan ye jo mere seene mein hain dafan...Inko zara deke hava ban jaoon main agan..." As we enter the last month, leading upto the release of our movie... here's something that takes us back to the Beginnings of Brahmastra! #brahmastra". Before the second song of the film, "Deva Deva," was released, she gave fans a sneak peek at Ranbir Kapoor on the set and explained how they shot scenes before the movie`s production team added the high-quality VFX.

The video also included narration from the film's director Ayan Mukerji explaining how the idea for the movie developed. As production on Brahmastra got underway in 2016, the video opened with Ranbir Kapoor on the set. Next, it showed the finished movie, which promised an "amazing cinematic experience." Since the beginning of Yeh Jawani Hai Deewani, his second movie, which also starred Ranbir, Ayan has been open about his feelings about Brahmastra.

The first film in a trilogy that will form Bollywood`s own cinematic universe, the Astraverse, Brahmastra took five years to produce. The two parts of the video, which have not yet been given titles, were also hinted at in the video. 'Brahmastra', which stars Ranbir Kapoor and Alia Bhatt in the titular role, will release theatrically on September 9th, 2022, in 5 Indian languages - Hindi, Tamil, Telugu, Malayalam and Kannada. Amitabh Bachchan, Mouni Roy and Nagarjuna Akkineni are also a part of the project.

In June, Ayan launched the film's trailer and shared a heartfelt note post receiving thumbs up from the audience. "Hello everyone, yesterday was a very very very big moment in the Brahmastra journey and with the launch of our trailer. A deeply heartfelt THANK YOU for the love, encouragement, and excitement that the trailer is receiving. It means everything to me. I feel so energised today as we enter this last lap leading up to our film`s release. We will give all that energy and more...our absolute best — to give you guys — a new amazing cinematic experience with Brahmastra...one that I hope you will feel proud of.

September 9th, here we come! With love, light, and gratitude, - Ayan and Team Brahmastra," he had written. 'Brahmastra' was in the limelight from the very day it was announced and it took over four years to get the production work done for this film.