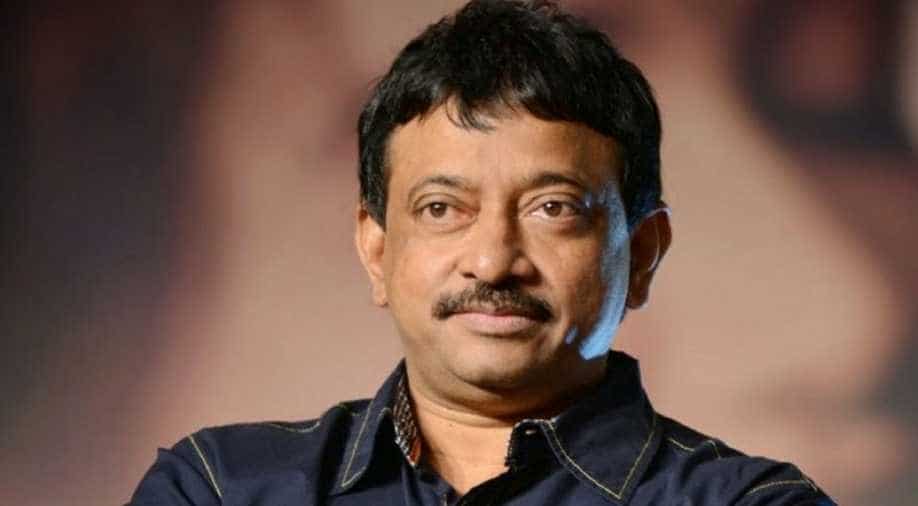 The announcement comes in the middle of RGV's shooting for a movie with South Indian star Nagarjuna. Photograph:( DNA )

In one such picture that surfaced online, women were seen queuing up outside a shop for buying alcohol.

Ram Gopal Varma finds his way to controversies. Yesterday when the liquor shops were allowed to open shop, people queued up outside the shops to bundle up bottles amid lockdown.

In one such picture that surfaced online, women were seen queuing up outside a shop for buying alcohol. Sharing that picture on Twitter, the director wrote, “Look who’s in line at the wine shops ..So much for protecting women against drunk men.”

Look who’s in line at the wine shops ..So much for protecting women against drunk men 🙄 pic.twitter.com/ThFLd5vpzd

Soon after, the picture went viral. Singer Sona Mohapatra replied to Ram Gopal Varma and wrote, “Dear Mr RGV,time for u to get into the line of people who desperately need a real education.1 that lets u understand why this tweet of yours reeks of sexism & misplaced morality.Women have a right to buy & consume alcohol just like men. No one has a right to be drunk & violent.”

Others also bashed the director as one person wrote, “Here goes the misogynist; so if a woman drinks does that make her eligible for harrasment.”

Another wrote, “Mr Varma are you suggesting women who drink should not complain when they face any abuse from men? Sick disgusting logic that can only come from an insecure man.”

In the third phase of the lockdown starting May 4, sale of liquor, paan, tobacco to be allowed after ensuring minimum six-feet social distancing; not over 5 persons at one time at shop. These shops should not be located in markets and malls in urban areas. However, consumption of liquor, paan, gutka, tobacco etc., is not allowed in public places during lockdown.