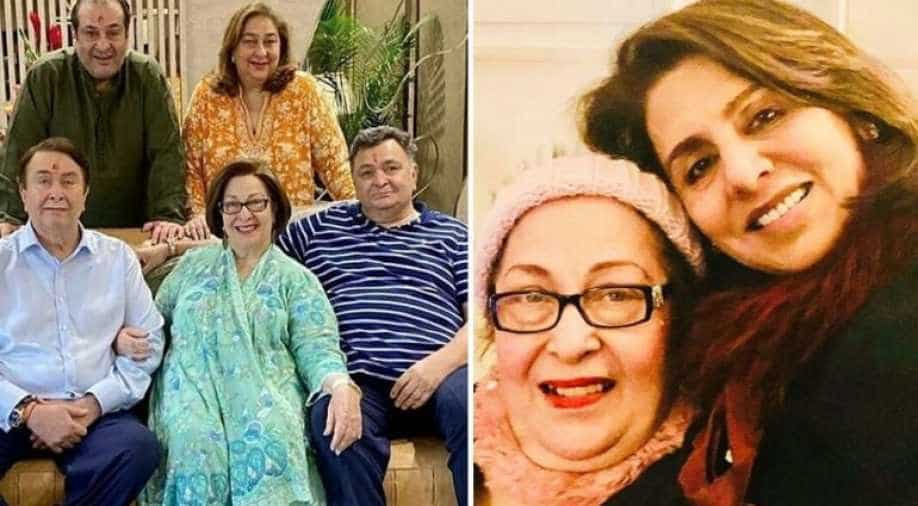 Ritu Nanda, the daughter of late actor and director Raj Kapoor passed away On Tuesday at the age of 71. Superstar Amitabh Bachchan broke the news of her demise on his blog.

Ritu Nanda, the daughter of late actor and director Raj Kapoor passed away On Tuesday at the age of 71. Superstar Amitabh Bachchan wrote about Nanda`s demise in his official blog. "My `samdhan` Ritu Nanda, Shweta`s Mother in Law passed away suddenly at 1.15 Am .. cannot communicate .. travelling," read Big B`s post. Nanda's son Nikhil is married to Big B's daughter Shweta.

Riddhima Kapoor Sahni, the daughter of Rishi Kapoor and Nanda's niece, also shared the news of her death on her Instagram profile.

Expressing condolences, Sahni wrote in the caption, "To the kindest most gentle person I`ve ever met - They don`t make them like you anymore - RIP bua #missyoualways"

Actress Neetu Kapoor too shared photos with Nanda and paid tribute on Instagram. "My dearest may your soul Rest In Peace"

My dearest may your soul Rest In Peace 🙏💕🌸

Wife of Rajan Nanda, who was the head of the Escorts group, Ritu Nanda was battling cancer for the past few years. She was an entrepreneur and involved in the life insurance business.

Amitabh Bachchan and Aishwarya Rai were seen at Mumbai's Kalina airport while on their way to Delhi where the Nandas live.

She was the sister of actors Randhir, Rishi and Rajiv Kapoor.