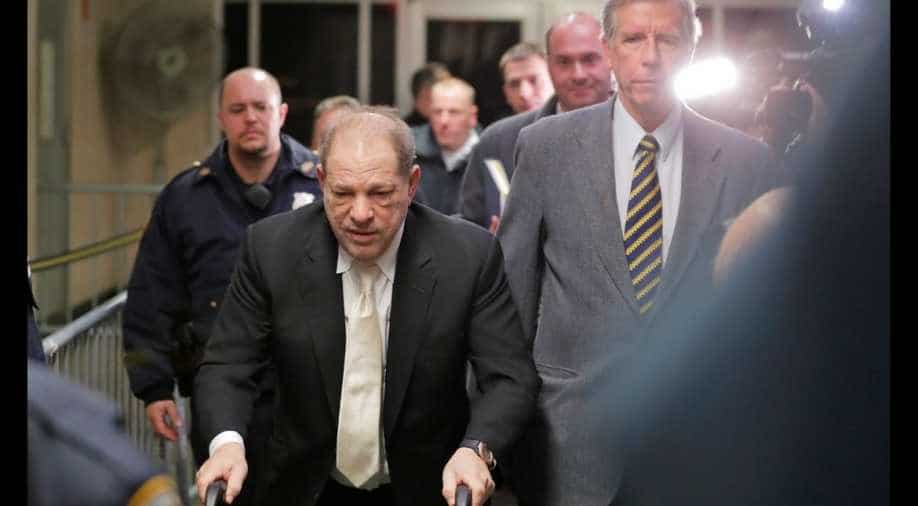 Harvey Weinstein, 67, has pleaded not guilty to sexually assaulting two women, Mimi Haleyi and Jessica Mann. Since 2017, more than 80 women, including many famous actresses, have accused Weinstein of sexual misconduct, fueling the #MeToo movement.

A forensic psychiatrist is due to testify at ex-Hollywood producer Harvey Weinstein's Manhattan rape trial on Friday, explaining why some sexual assault victims do not report attacks or avoid their abusers.

Harvey Weinstein, 67, has pleaded not guilty to sexually assaulting two women, Mimi Haleyi and Jessica Mann. Since 2017, more than 80 women, including many famous actresses, have accused Weinstein of sexual misconduct, fueling the #MeToo movement.

Weinstein has denied any nonconsensual sex.

The trial is widely seen as a watershed moment for the #MeToo movement, in which women have gone public with allegations against powerful men in business and politics.

Defense attorneys said on Wednesday during opening statements that emails from the accusers to Weinstein would show they maintained warm relations, which could undermine a case that appears to rely primarily on the testimony of the accusers.

On Thursday, actress Annabella Sciorra testified that Weinstein violently raped her in her home in the early 1990s and went on to harass her for years.

Sciorra's allegation is too old to be charged as a separate crime, but prosecutors hope it will show that Weinstein was a repeat sexual predator, a charge that could put him in prison for life.

Donna Rotunno, one of Weinstein's lawyers, grilled Sciorra on Wednesday about whether she had reported the alleged rape to authorities or sought medical help.

Sciorra acknowledged that she had not.

“At the time, I didn’t understand that it was rape,” she said.

Sciorra told jurors that she became depressed after the encounter, drinking heavily and even cutting herself. She cried on the stand as she told of how she was unable to tell her family what had happened.

Ziv will testify about rape trauma generally and will not offer any opinions directly related to Weinstein or his accusers, prosecutors said.

Ziv testified as an expert for prosecutors in the rape trial of comedian Bill Cosby, who was sentenced to three to 10 years in prison in 2018.

At the end of Thursday's proceedings, prosecutors said they wanted to call actress Rosie Perez to testify that Sciorra told her about the alleged attack, a request the defense opposed. James Burke, the judge presiding over the case, said he would rule on the issue "soon enough."