Prabal Gurung clears the air about his post on Karan Johar, says they are not in a relationship 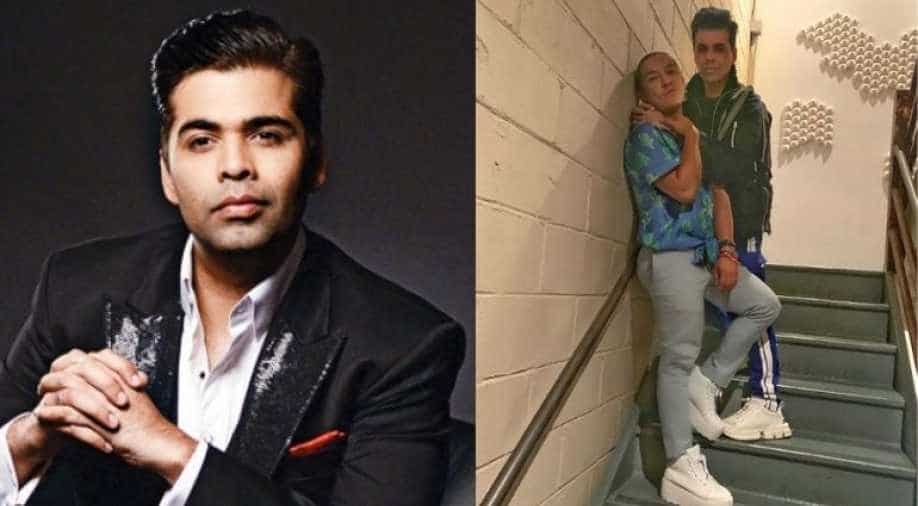 The designer has categorically denied being in a relationship with the filmmaker and issued a long statement.

As Karan Johar turned 47 on Saturday, celebrities took to social media to shower the filmmaker best wishes on his birthday. Fashion designer Prabal Gurung was also one of the many celebrities who wished Johar.

Gurung posted a photo of himself and Johar on Instagram and captioned it as, 'Pyaar Kiya To Darna Kya. Happy birthday KJo..' In the photo Karan can be seen hugging Prabal as they pose for the camera.  As soon as the photo was posted, fans across social media started speculating on whether Gurung was hinted at a possible relationship with Johar.

Now, almost a day later, the designer has categorically denied being in a relationship with the filmmaker and issued a long statement.

No, I am not dating ⁦@karanjohar⁩ He is my dearest friend, mentor, buddy and a big brother. Pls. Kindly read the attachement with my statement and hopefully we can lay it all to rest. Wish you all nothing but the best and love XPG pic.twitter.com/I5UQkIt2fx

Gurung wrote, "Can we have some humour and levity please. I feel very saddened and disappointed to need to say this, but to officially set the record straight: I am not in a romantic relationship with Karan Johar."

The designer stated that he had posted the photo in “humour and my absolute love of Bollywood, it’s melodramatic flair and the one and only Madhubala... It has subsequently been misconstrued as Karan and me being in a relationship. Karan is one of my dearest friends.”

The designer added that he considered Karan as his mentor, guru, confidante and a big brother, at the time of need. “We’ve seen each other through our respective highs and lows. Karan is someone I deeply admire and respect. Not only has he been there for me, he’s been there for my family as well. I admire his wit, compassion, and his empathy for this world,” he added.

The designer also added that he loved Karan but only as a friend. "These reasons and many, many more is why I love Karan. But as a friend, as a big brother, as someone who I can always count on. To misconstrue my deep love for Karan as a romantic relationship is immature, unfounded and frankly very damaging in the 21st century - In this time of incredible divisiveness and othering that is happening all over the world.”

"I have been in a happy romantic relationship for over five years - with someone else -- not Karan. There is not just one kind of love, one definition of love.”