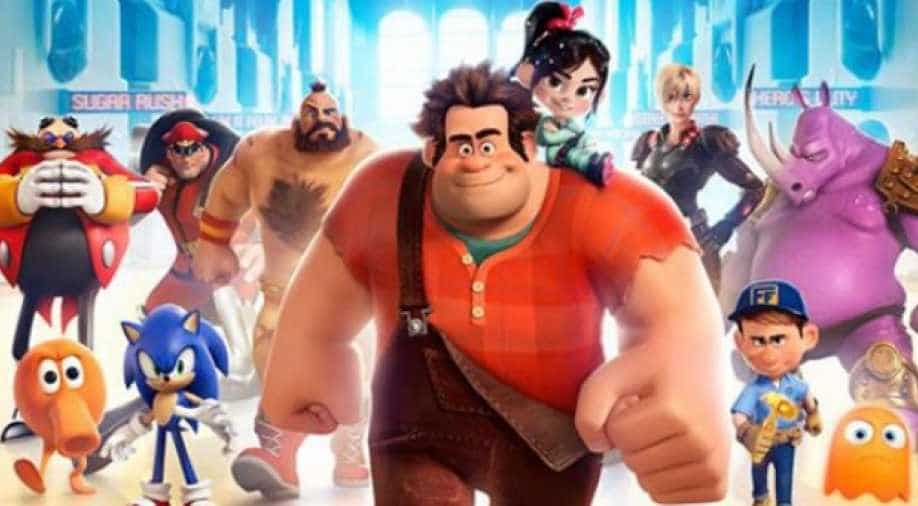 That marks a decline of just 53%, and pushes the animated sequel`s domestic haul past $100 million. Overseas, 'Ralph' earned $33.7 million this weekend, taking its international total to $87 million. Keeping in line with end of the year traditions, major studios largely sat out the post-Thanksgiving frame. The only new nationwide release, 'The Possession of Hannah Grace,' opened in line with industry estimates and brought in $6.5 million from 2,065 locations.

'The Possession of Hannah Grace' follows 'Pretty Little Liars' star Shay Mitchell as a morgue worker who realizes a disfigured cadaver has been possessed by a demon. Neither critics nor audiences have embraced the R-rated supernatural thriller (it carries a 19% on Rotten Tomatoes and a C- CinemaScore), though reviews don`t always influence horror buffs. Sony`s Screen Gems distributed the movie, and Broken Road handle production. The movie, which was entirely shot on a small and inexpensive Sony a7s II, carries a $10 million production budget.

However, a handful of holdovers dominated the domestic market. Illumination and Universal`s 'The Grinch' returned to second place, stealing $17.7 million and taking its stateside tally to $203.5 million.

'Creed II,' the second movie in the Rocky Balboa spinoff series, dropped to third and brought in $16.8 million during its second weekend of release. The boxing drama has now amassed $81 million.

In fourth, 'Fantastic Beasts: The Crimes of Grindelwald' added $11.2 million for a domestic total of $134 million. While it has struggled to gain the same traction as the first 'Fantastic Beasts,' the sequel in the 'Harry Potter' prequel series has seen promising returns overseas. 'Crimes of Grindelwald' has made $385.3 million from foreign markets, taking its worldwide tally past $500 million.

Rounding out the top five is 'Bohemian Rhapsody' with $7.9 million. Fox`s Freddie Mercury biopic has picked up an impressive $164.3 million in North America.

At the specialty box office, Fox Searchlight`s 'The Favourite' saw another strong weekend when it expanded to 34 theaters. Yorgos Lanthimos` absurdist period drama made $1.1 million this weekend for an impressive screen average of $32,500. The Oscar hopeful that centers on the drama between two cousins jockeying to be the court favorites during the reign of Queen Anne launched last weekend with the best per-theater average ($105,600) in two years. The cast includes Rachel Weisz, Emma Stone, and Olivia Colman. Fox Searchlight plans to bring the film to around 80 theaters as it continues its gradual platform release.

Other indie releases were less fortunate. Warner Bros. 'Head Full of Honey' failed to impress when it opened in four locations in New York and Los Angeles. The drama that sees Nick Nolte portray a widower with Alzheimer`s made just $2,250 per location.

Meanwhile, Orion Pictures` zombie musical "Anna and the Apocalypse" brought in $50,000 when it debuted on five screens, averaging $10,000 per theater.

In notable milestones, National Geographic`s 'Free Solo' became the fourth documentary this year to cross $10 million at the domestic box office. The non-fiction film about the first free solo rock climb of Yosemite`s El Capitan is now the fourth-highest grossing documentary this year, behind 'Won`t You Be My Neighbor" ($22.6 million), 'RBG' ($14 million), and "Three Identical Strangers' ($12.3 million).

The 2018 box office continues to outpace last year, with revenues up 10% from 2017, according to Comscore. This weekend`s totals were up a strong 11.8% compared to the same outing last year when the second frame of "Coco" made $27.5 million.

"Typically the post-Thanksgiving weekend is a snooze-fest in theaters," said Paul Dergarabedian, a senior media analyst with Comscore. "While this year was comparatively quiet, it still had the advantage of a strong slate of very popular holdovers, plus the continually expanding roster of awards season films."

Multiplexes won`t see a huge boost in ticket sales until Dec. 14 when 'Spider-Man: Into the Spider-Verse,' 'The Mule,' and 'Mortal Engines' open nationwide. The following weekend will be one of the more competitive frames with 'Mary Poppins Returns,' 'Aquaman,' and 'Bumblebee' looking to entice moviegoers during a crowded Christmas race.

Jay-Z to start his production company, files for trademark