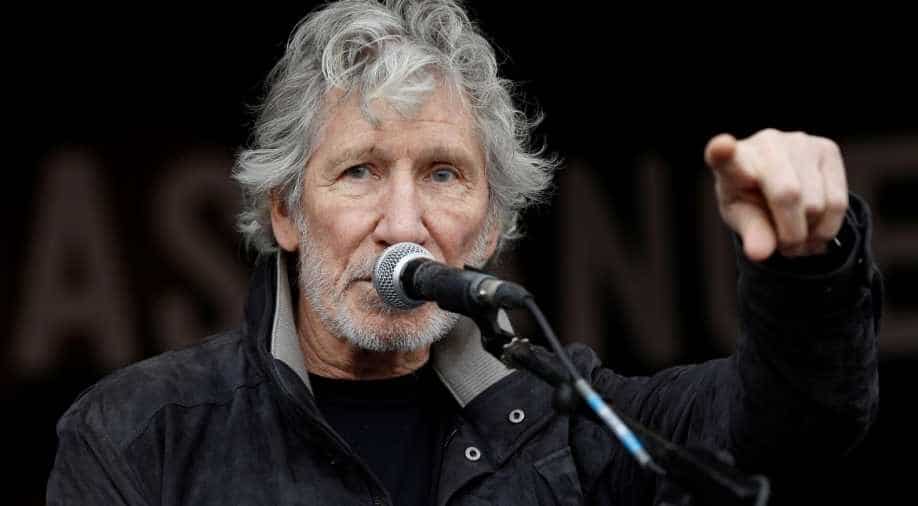 Singer Roger Waters speaks during a protest against the extradition of Julian Assange Photograph:( Reuters )

Musician Roger Waters of Pink Floyd is not impressed by Facebook CEO Mark Zuckerberg as he slammed the latter at a forum in support of Wikileaks founder Julian Assange.

Roger read out a letter from Mark Zuckerberg which he recently received by email. He read: "It's a request for the rights to use my song, 'Another Brick in the Wall, Pt. 2' in the making of a film to promote Instagram. So it's a missive from Mark Zuckerberg to me - arrived this morning, with an offer of a huge, huge amount of money, and the answer is - f**k you! No f***ing way!"

The rock legend emphasised that he was reading the letter to show to the world how Facebook wants to “take over absolutely everything” and said that he would not “be a party to the bullshit”.

The song in question is Pink Floyd’s ‘Another Brick in the Wall’ which was written by Roger Waters. It was first released in 1979 on Pink Floyd's rock opera ‘The Wall’. Apart from being a protest song against abusive schooling, the piece is often regarded as a countercultural manifesto against the depersonalization of an individual in society.