In photo: Janhvi Kapoor looks so much like her mother Sridevi in this bridal magazine cover 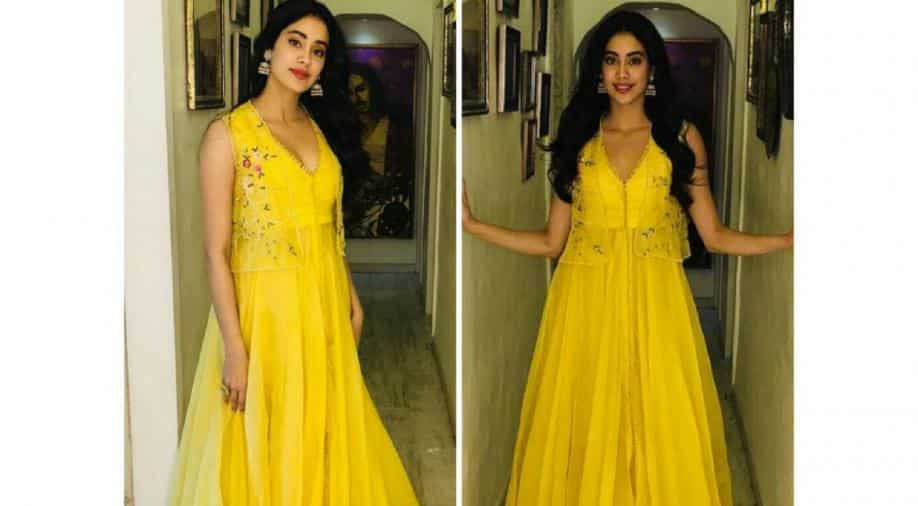 Janhvi Kapoor is all fire. From having a successful Bollywood debut in Karan Johar’s ‘Dhadak’ to making her presence felt at all important public gatherings, late Sridevi's elder daughter Janhvi is a star in making.

Featured on the cover of a popular bridal magazine, Janhvi looks bright and fresh dressed in a bridal wear. She posed for the cover with fashion designer Manish Malhotra.

She sports a gold and red lehenga with faux fur details on the top’s sleeves. She accentuated the look with a neat pulled back hair and some minimal makeup but what will capture your imagination is her uncanny resemblance to her late mother.

In the magazine, Janhvi is said to have discussed fashion and films with good friend Manish.

Janhvi was also spotted at Neha Dhupia’s baby shower that saw many other Bollywood celebs.