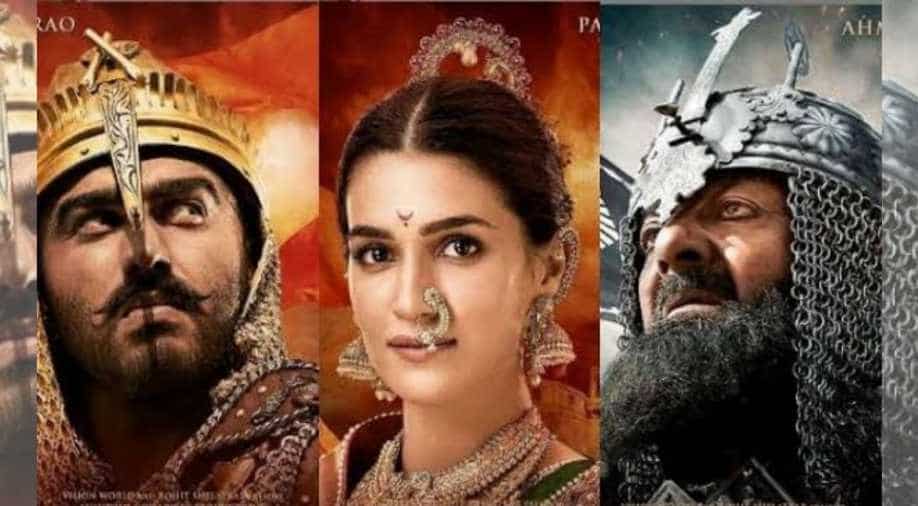 ‘Panipat’ is a historical war-drama film based on the third battle of Panipat. Apart from Arjun Kapoor and Kriti Sanon, the movie also stars Sanjay Dutt in the lead along with Mohnish Bahl, Padmini Kolhapure and Zeenat Aman among others.

With only a week left for the release of Ashutosh Gowariker’s film ‘Panipat’, there seems to have erupted a controversy around the film.

The film is being called out by Peshwa Baji Rao’s descendant over a dialogue that we hear Kriti Sanon say in ‘Panipat’ trailer. He called it “highly objectionable” and has sent notices to the makers of the film. He has also said that if the makers don’t respond then he will approach the court.

In the film, Kriti Sanon can be seen playing Arjun Kapoor’s wife, Parvatibai. In the trailer, as Arjun Kapoor’s character starts to leave for the battle, she says, "Maine suna hai Peshwa jab akele muhim par jaate hain to ek Mastani ke saath laut te hain (I have heard when Peshwa leaves for a battle alone, he returns with a Mastani)."

This dialogue has irked the eighth-generation descendant of the Peshwa, Nawabzada Shadab Ali Bahadur who said in an interview, "The particular dialogue in the movie is in bad taste and highly objectionable. The way it has been used, presents a bad picture of not only Mastani Sahiba but also of the Peshwa to our audience and to young minds unaware of Maratha history. Mastani Bai was the bonafide wife of Peshwa Baji Rao and not just another woman."

"After seeing that portion in the trailer of the movie, I have sent notices to the producers and the director to remove that portion or make necessary changes. If they don’t respond, I’ll move to the court against them," he added. See all posters here.

‘Panipat’ is a historical war film and is based on the third battle of Panipat. Apart from Arjun Kapoor and Kriti Sanon, the movie also stars Sanjay Dutt in the lead along with Mohnish Bahl, Padmini Kolhapure and Zeenat Aman among others.