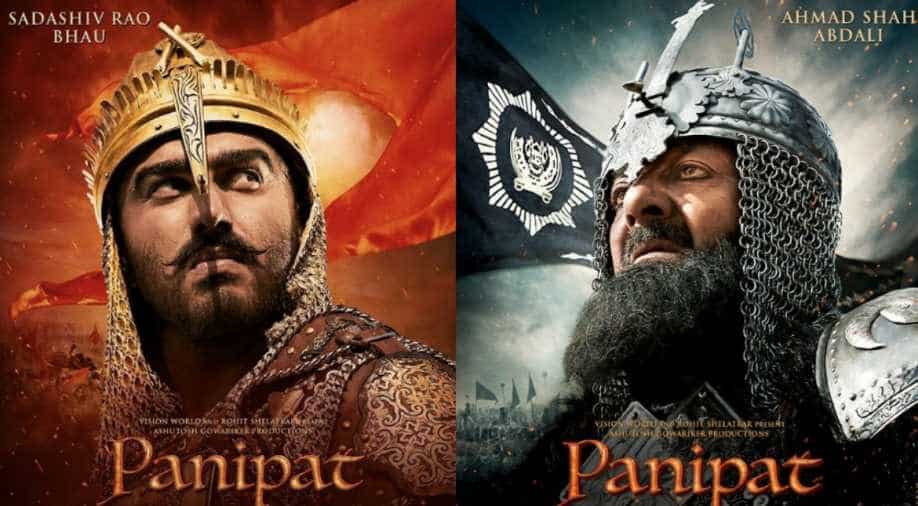 Since the film is a period drama, one can't help but draw comparisons with Sanjay Leela Bhansali's 'Bajirao Mastani' and 'Padmaavat'.

The film's trailer was unveiled on Tuesday, and it gives a sneak peek into the epic battle that the Marathas fought against Abdali's army. According to the makers, the film narrates Maratha Empire's struggle to safeguard Hindostan from Afghan ruler and his army. The Commander-in-Chief of the Maratha army led a northern expedition in order to repel the invading forces of Ahmad Shah Abdali (Sanjay Dutt), the King of Afghanistan.

Owing to the canvas of the film, it has been in the making for the past one year. The film is now slated to release on 6th December.

Since the film is a period drama, one can't help but draw comparisons with Sanjay Leela Bhansali's 'Bajirao Mastani' and 'Padmaavat'.

In fact, at one point Sanon's character is seen telling Arjun Kapoor that Marathas are known to bring back Mastanis from the war to which Kapoor assures her his loyalty forever.

The film is Gowariker's first film post 'Mohejodaro'which came out in 2016. While 'Mohejodaro' did not work at the box office, Gowarilker's other films including 'Lagaan' and 'Jodha Akbar' and 'Swades' earned well at the box office. Will 'Panipat'be able to create similar magic? Guess we will have to wait and watch.