'Once Upon A Time In Hollywood' review: Leonardo Di Caprio, Brad Pitt are a treat to watch 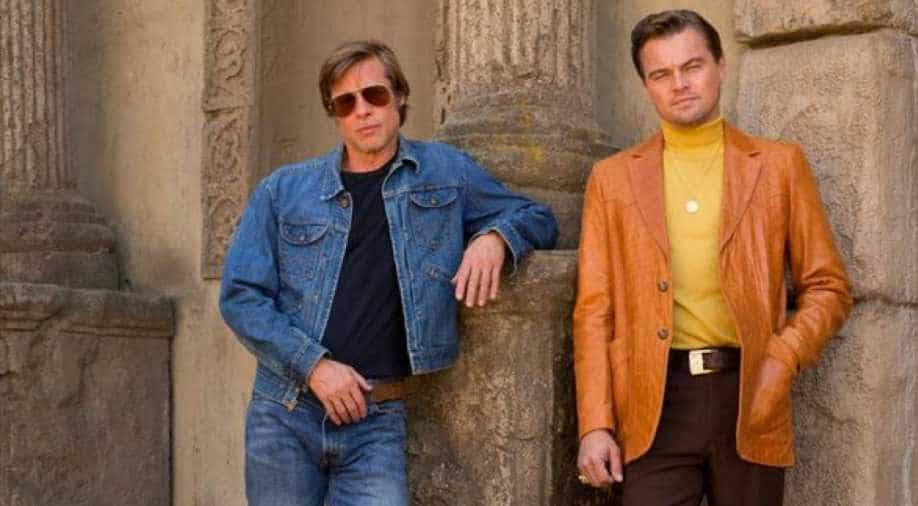 The filmmaker presents a fabled land called Hollywood which should strictly be seen through Tarantino's sepia-tinted western-style glasses.

Quentin Tarantino builds up his scenes in great details. He always has. In his latest film, 'Once Upon A Time In Hollywood' Tarantino who also serves as the writer of the film, takes time to establish each scene - even the ones in flashback. So at 164 minutes, the film is stretched by given Hollywood standards.

It may be the story of a once-TV-legend-now-a-has-been actor Rick Dalton and his buddy-cum-stunt double Cliff Booth but the presence of their neighbour Sharon Tate and the cult of Charles Manson and his 'family' looms large in the narrative throughout.

Set in 1969, when westerns ruled Hollywood as well as TV and being politically correct was not in fashion- Tarantino creates a fairytale of sorts--where the stunt double is far more heroic and secure in life than the hero himself. Where the hippies only attempt to be dangerous and creepy but are no match to Hollywood actors and where Polanski is a celebrated filmmaker full of potential and not as tainted as he is now in real life. Which is why the title of the film justifies the premise of the movie.

Tarantino narrates two stories almost parallelly. One where Dalton, a TV star in the early 1960s is now struggling to make a transition to films and his driver/friend/stunt double Booth egging him on to never lose his sheen and the other story of an innocent, beautiful Sharon Tate who has just tasted success in films and who is now giddy in love with her famous husband Roman Polanski. The two stories do not interject for a greater part of the story. Tarantino lets the men get more lines and even scenes but Tate's looming presence is there throughout.

The film's two leading men- Leonardo Di Caprio and Brad Pitt feed off each other and complement each other and deliver fantastic performances. Di Caprio brings in humour to his character- someone who is always unsure of his career choices and abilities. While Pitt brings the quintessential western swag to his character. Pitt's Booth is inherently cool, charming and 'too pretty to be a stunt double' as Bruce Lee says in one scene. Individually the two actors shine but their scenes together are a treat to watch.

The woman, Margot Robbie, doesn't have as much screen time as the two men but still holds her own. She represents a time in Hollywood when women had far less to do in films or otherwise and let the men take centre stage. As Tate, Robbie brings in the right amount of vulnerability to her character.

'Once Upon A Time In Hollywood' requires your patience as Tarantino presents a non-linear narrative. The scenes are long, at times very tedious and very exhaustive. The camera pans over footsteps, eye movements and hovers over each conversation in great detail. But this is also Tarantino cleanest and most quirky film with DiCaprio getting some of the most hilarious sequences to enact.

A lot of known faces do cameos in the film because Tarantino can get them to play one scene. He enjoys that clout, after all.

In the end, the filmmaker presents a fabled land called Hollywood which should strictly be seen through Tarantino's sepia-tinted western-style glasses.