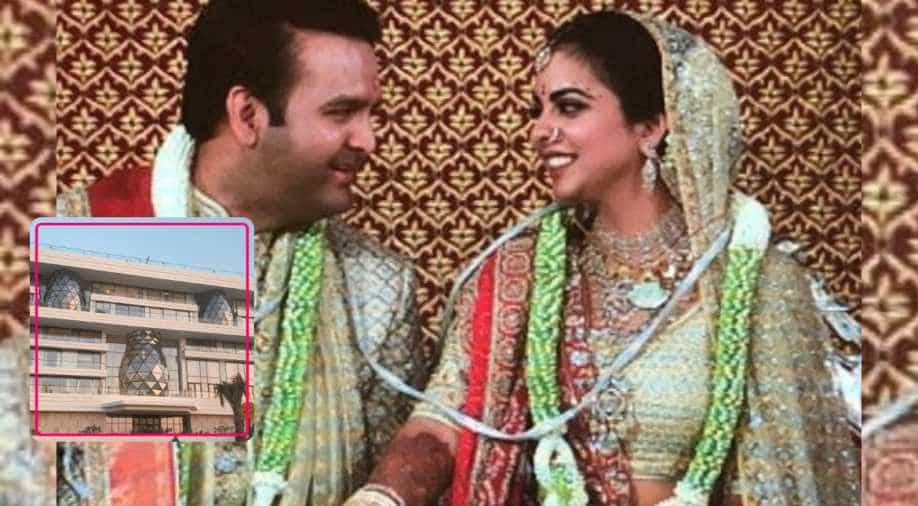 Isha Ambani's wedding was a mighty affair with most people calling it the 'wedding of the year'. Isha tied the knot with Anand Piramal at her father's home Antilia in Mumbai.

Now that the ‘wedding of the year’ has finally wrapped up (we are here referring to Isha Ambani’s wedding to Anand Piramal), the newlyweds threw a lavish first reception to their close family members and friends at their new house in Mumbai.

Isha and Anand’s new home, Gulita, was lit up for the function as many people were spotted coming to the event. The reception was held at the five-storey Worli sea-facing bungalow in Mumbai on Thursday.

Those in attendance included Nitin Gadkari, Rajiv Pratap Rudy, Sunil Gavaskar and Kapil Dev, Ratan Tata, Cyrus Poonawalla and family among many others.

The Ambani Family will be hosting the couple's second reception at Jio Gardens in Mumbai on Friday which is expected to be another star-studded affair. A musical concert is planned for the grand reception.

The Ambanis had earlier hosted a lavish pre-wedding bash in Udaipur with performances from Bollywood superstars and American singer Beyonce. The couple also had a grand engagement at Italy's Lake Como in September.

As for their new home, it was bought by the Piramals in 2012 for Rs. 452 crore. The bungalow, spread over 50,000 square feet, has a three-level basement and five upper floors just for the two.