New poster of 'Laal Kaptaan' reveals Saif Ali Khan as a Naga sadhu you don't want to mess with! 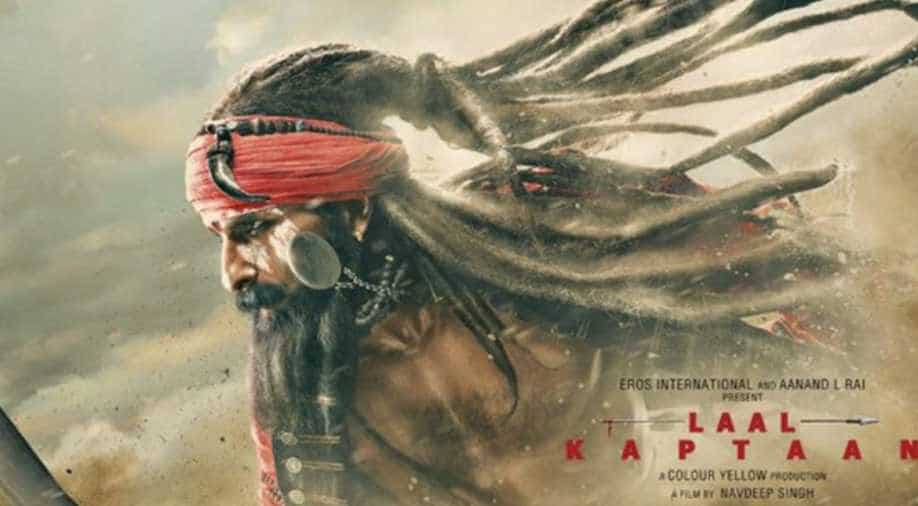 Saif Ali Khan is one of the few Indian actors who takes his own sweet time to finalise a film as he usually does one film a year. Building a different character this time around, Saif will next be seen as a Naga sadhu in ‘Laal Kaptaan’. The makers released a new poster of the film as the release date gets postponed yet again. See teaser of the film here.

The new poster, meanwhile, shows Saif as sadhu with ash smeared on his forehead, kohl-rimmed eyes, a sword in his hand while his hair that is tied in dreadlocks run wild.

The look will instantly remind you of Johnny Depp’s character Jack Sparrow in the famous franchise ‘Pirates of the Caribbean’. But we sincerely hope there is more to it than just that!

Talking about the resemblance with Depp’s character, Saif earlier responded, “I can’t believe that I let the similarities with Jack Sparrow happen. Kiaan Raj [Karisma Kapoor’s son] and my son [Ibrahim] saw the photographs way before they were leaked, and their first reaction was, ‘Hey, that’s Jack Sparrow!’ The comparisons were made because of the jacket, the dreadlocks and some other elements. I was doing two hours of make-up every day. It was like going to war every day — we would shoot in the middle of nowhere [in Rajasthan], in the heat. I play a failed Naga sadhu who is obsessed with revenge. He kills a British soldier, and that’s where he gets the jacket from.”

The film, directed by Navdeep Singh, is produced by Aanand L Rai and Eros International. The trailer of the film will release tomorrow on September 25.

Saif was last seen in the second season of the hit show ‘Sacred Games’ that also starred Nawazuddin Siddiqui and Pankaj Tripathi. He will also star in ‘Taanaji: The Unsung Hero’, which co-stars Ajay Devgn and also appear in ‘Dil Bechara’, alongside Sushant Singh Rajput.

Saif recently shot for his upcoming film ‘Jawaani Jaaneman’ with Tabu and Pooja Bedi’s daughter Alaia Furniturewalla who will be debuting in Bollywood with this.