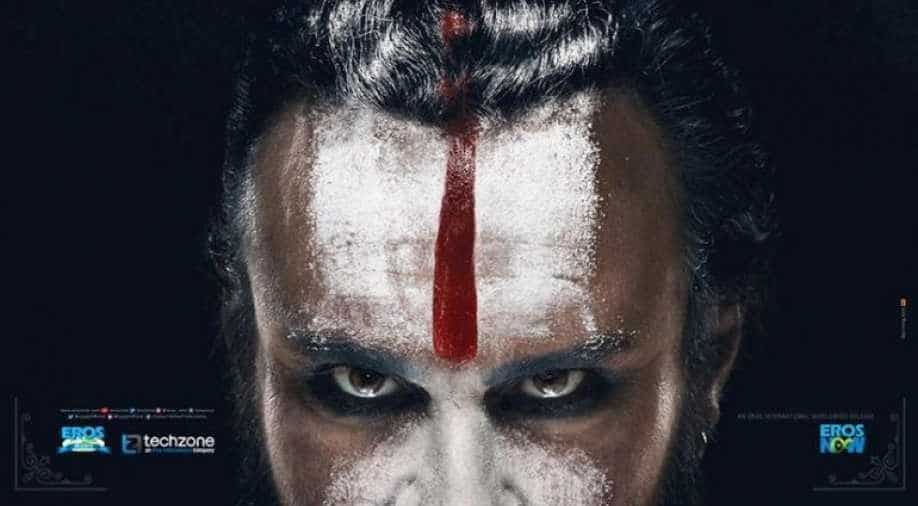 On Saif Ali Khan's 49th birthday, his fans were treated with the first teaser of his next 'Laal Kaptaan'.

As Saif Ali Khan turned 49 on August 16, the actor's fans were treated with his first look from the upcoming film `Laal Kaptaan`.
The first look teaser seems quite dark and intriguing. It shows Saif, who plays a Naga Sadhu in the movie, applying ashes on his face."Har Ram ka apna Raavan, har Ram ka apna Dussehra (Every Ram has a Raavan and every Ram has his Dusshera)," he can be seen saying with an intense look in his eyes.

Earlier the first poster of the film was shared on May 20. The official handle of Eros Now shared the poster and wrote, "Raakh se janmaa...Raakh ho jaane ko. Laal Kaptaan Hunt Begins 6 September."

The poster, which revealed just a tiny bit of Saif`s character, will surely blow your mind away.Saif dons kohl-rimmed eyes, a long tilak on the forehead, and a huge bun of dread-locked hair with ash smeared on his face - just like the Naga Sadhus do.

The tilak on the character`s forehead extends into a trail of blood ending at a man`s body, dragged and lying prostrate.

Everything from the poster to the teaser spells just one word - suspense. Going by the look and feel of them, the movie will surely take viewers on a rollercoaster ride into the dark world of drama, suspense, thriller, and revenge.

The film, directed by Navdeep Singh, is produced by Aanand L Rai and Eros International.It will hit the big screens on Dussehra, October 11. Earlier, the movie was scheduled to release on September 6.

Saif also has `Taanaji: The Unsung Hero`, which co-stars Ajay Devgn. He will also appear in `Dil Bechara`, which also stars Sushant Singh Rajput. The film is the Hindi adaptation of `The Fault In Our Stars`, which is based on John Green`s famous novel of the same name.