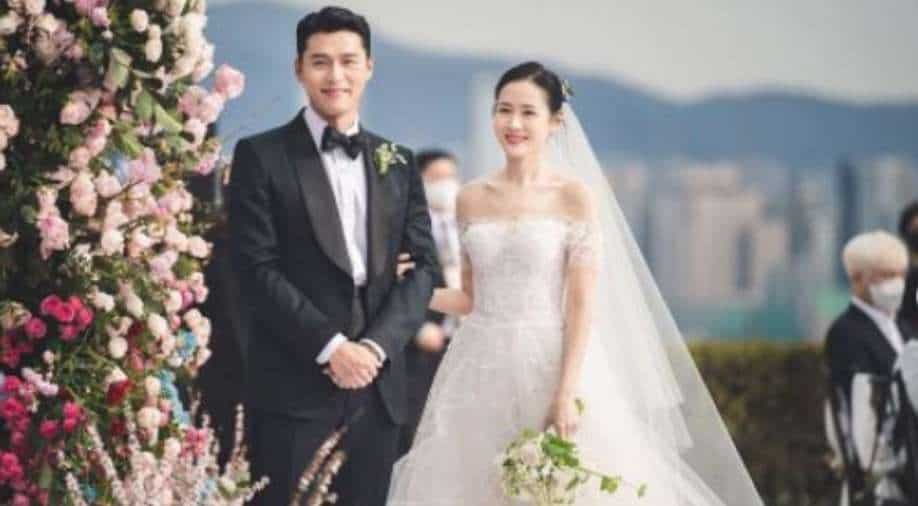 New wedding photos of newlyweds Hyun Bin and Son Ye-jin have been revealed on social media for the fans.

New wedding photos of newlyweds Hyun Bin and Son Ye-jin have been revealed on social media for the fans.

The 'Crash Landing On You' stars married on March 31 in an intimate ceremony in Seoul and now their management agency VAST entertainment have revealed new dream-like photos of the wedding for fans.

In the photos, Hyun can be seen dressed in a black tuxedo and Son looks pretty in her wedding dress. The couple can be seen holding hands and smiling brightly alongside the altar decorated with flowers.

The pair reportedly left a few days later for Los Angeles for their honeymoon.

Hyun, 39, and Son, 40, confirmed their relationship in March 2020. They were the lead pair of the popular romance drama 'Crash Landing On You' and even featured together in 'The Negotiation'.