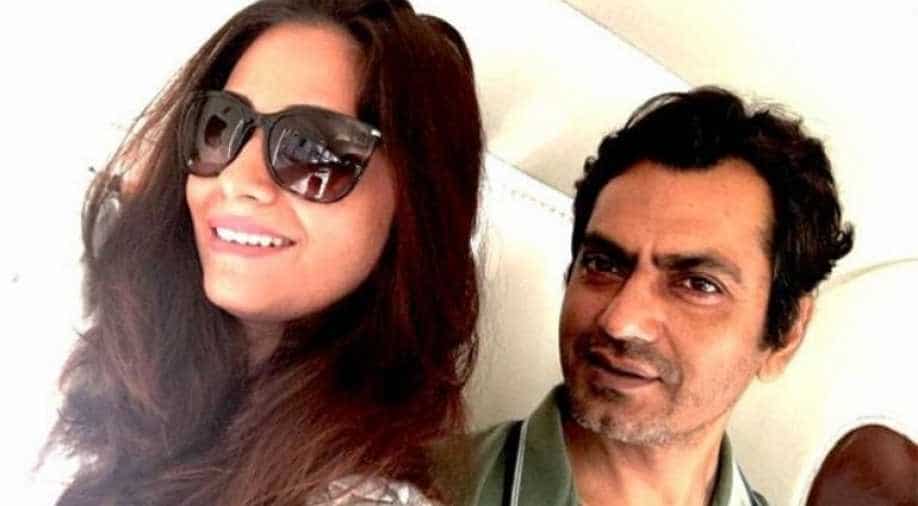 Nawazuddin Siddiqui who is quarantining with his mother in his hometown of Budhana in Uttar Pradesh.

Actor Nawazuddin Siddiqui might have not responded to the divorce notice yet, but his wife Aaliya Siddiqui keeps on disclosing the inside details of their troubled marriage.

Day by day things are turning ugly between the actor and his estranged wife. While giving an interview to a news agency, Aaliya has alleged that the 'Kick' actor was neither a good father nor a good husband.

The couple  who have been living separately for more than four years. “I have not told anything to the kids, though they are upset and keep asking me ‘papa kahan hai?’, ‘kahan shoot kar rahe hai?’ I keep telling them that he is shooting in New York, US but then for how many years should I do that?” Aaliya said.

“Despite him being at his office in Mumbai, he never comes and when I tell him to visit the kids, he is like I am busy, have people to meet. So I am forced to tell the kids that papa is busy with shoot.”Aaliya added.

She also accused that the actor has been disrespecting her in front of other celebrities and always had difficulty in accepting her as his wife in front of the media.

Also read: Nawazuddin Siddiqui's brother on his divorce news: Had no clue about this

Aaliya recalled that Nawaz had insulted her in front of Manoj Bajpayee once when the actor was visiting their house.“A few celebrities have visited my house like Manoj Bajpayee. At that time also I was being humiliated by Nawaz,” she added.

“I was cooking for Nawaz and tried to strike a conversation and he was like ‘tumko baat karna nahi aata, tum logon ke samne baat mat kiya karo’, these were his words.” she said

Aaliya recently has joined Twitter claiming that she will reveal all the truth behind her troubled relationship with the actor. Her lawyer has sent a legal notice to the actor via a Whatsapp and email as the speed post is not available amid lockdown.

Nawaz, who is quarantining with his mother in his hometown of Budhana in Uttar Pradesh, has not responded to Aaliya's legal notice so far.