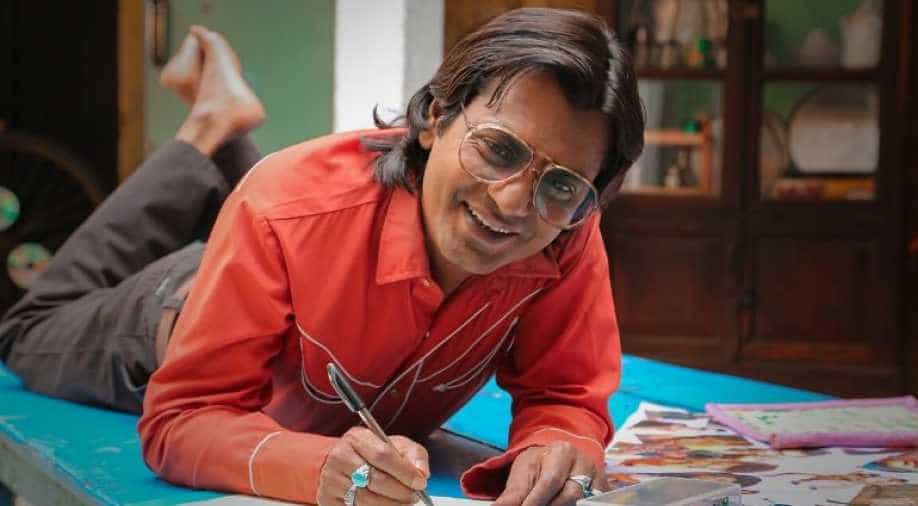 Nawazuddin Siddiqui in 'Ghoomketu'. Image via ZEE5 Photograph:( Others )

'Ghoomketu' was well-intended on paper. It tries to parody the film industry and its stereotypical ways but over the course of the film, it falls prey to the same stereotypes.

Filmmaker Pushpendra Nath Mishra's 'Ghoomketu' released on ZEE5 had the potential to be an enjoyable film. Starring Nawazuddin Siddiqui in the lead role with a supporting cast comprising of Ila Arun, Raghuvir Yadav, Swanand Kirkire and Anurag Kashyap- the film does boast of a great cast, but the comedy falls flat in more occasions than one, making it a very average film with just a very truly endearing moments.

Siddiqui plays Ghoomketu, a village simpleton, who aspires to be a writer of Hindi films. Aided by his aunt (Ila Arun) he decides one day to go to Mumbai to try his luck in films-leaving behind his family and the new plus-sized bride (whom he loathes). His father (Yadav) and uncle (Kirkire) use their political connections to get the Mumbai police after him. The case lands in Inspector Badlani's lap (Anurag Kashyap) - a corrupt cop who has been given the ultimatum to find Ghoomketu in chaotic Mumbai within a month or take his suspension letter by the end of it. 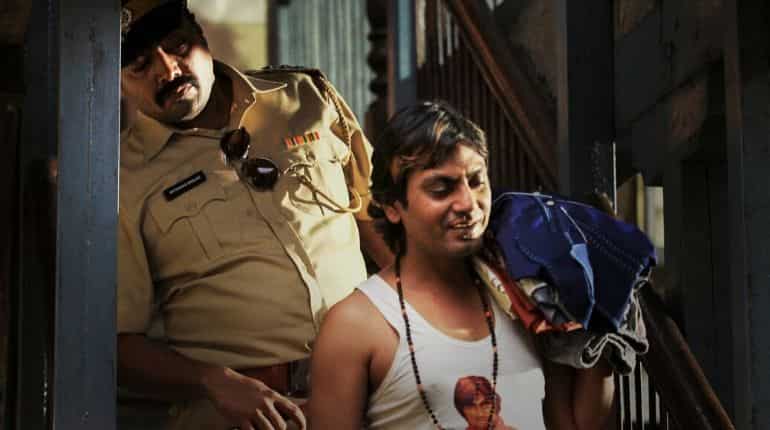 Ghoomketu meanwhile finds a seedy director who agrees to listen to his scripts. Every time Ghoomketu comes up with a story, he rejects them, urging him to try a different genre.

The film is 6 years too late and the patchy screenplay and editing shows. Most of its work was completed in 2014 and it did not find takers back then, only to be released now digitally. One can see that the makers have hurriedly put together the film for its digital release, with several scenes being disconnected from each other.

With a non-linear narrative and Nawaz often breaking the fourth wall, the director perhaps attempted to have the complete attention of the viewer. But with an incoherent script, and jokes that fall flat- a lot of the scenes fail to rise above mediocrity and at its 1 hour 40 minutes, run time too seems a bit stretched

The film though has a few sweet moments thanks to the actors, not so much for the writing. Arun, Yadav are fine performers and in their respective roles as quarreling siblings, deliver super performances. I kept waiting to see the two on-screen as their scenes were definitely the high point of the film. Another scene has the two actors along with Kirkire breaking into a folk song (they are all accomplished singers) which is a sheer delight to watch. So naturally performed and very endearing.

'Ghoomketu' was well-intended on paper. It tries to parody the film industry and its stereotypical ways but over the course of the film, it falls prey to the same stereotypes. There are some well-known actors like Ranveer Singh, Amitabh Bachchan, Sonakshi Sinha making cameo appearances - yet the film never really rises above its abysmal story.

If you must watch it-- do so for Ila Arun and Raghubir Yadav. Wish the writers made a parallel film on their characters instead.

Also see: 8 divorces in Bollywood that made headlines