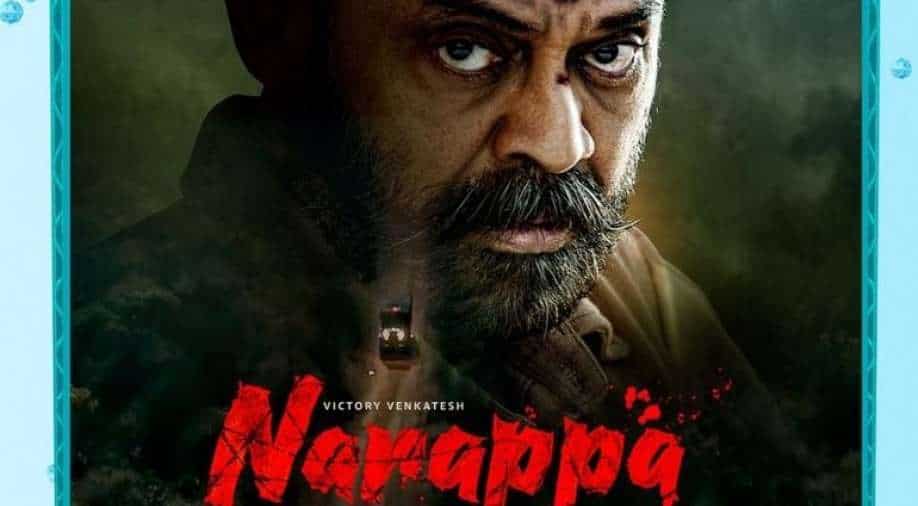 The original Tamil film saw Dhanush as the leading face whose role will now be played by the one and only, Venkatesh Daggubati.

Amazon Prime Video is all set to launch its action-drama, 'Narappa' on the 20th of July across India and 240 territories and countries worldwide.

It is probably the BIGGEST Telugu film to come to OTT. Here is looking at the reasons as to why that might be:

2. Remake of a Tamil blockbuster:
The original film 'Asuran' was a mega-blockbuster and 'Narappa' is all set to impress the global audience as the remake. Asuran is one of the most superhits films in Tamil cinema with a cult following and was hounded for its remake rights which were finally acquired by the makers of Narappa.

3. Big Masala Entertainer with strong content:
Depicting the rivalry between the 'haves' and the 'have nots', 'Narappa' will be a grand action film with one of the strongest plots and content. Not just some of the biggest names of the industry, but also netizens and critics have hailed the storyline and called it as one gripping, thought-provoking and must-watch story.

4. Venkatesh in an Action film:
In a super exciting treat for fans, Venkatesh Daggubati will be seen in a full-blown action role for Narappa making the film grander than ever. The trailer showed us Venkatesh in a fierce who will go to any lengths to protect his family which gave goosebumps to the watchers leaving them anticipating for the superstar in this avatar.

The film brings to the fore, a riveting tale of 'Narappa' and his family and the unseen struggles of a farmer. As shown in the trailer.