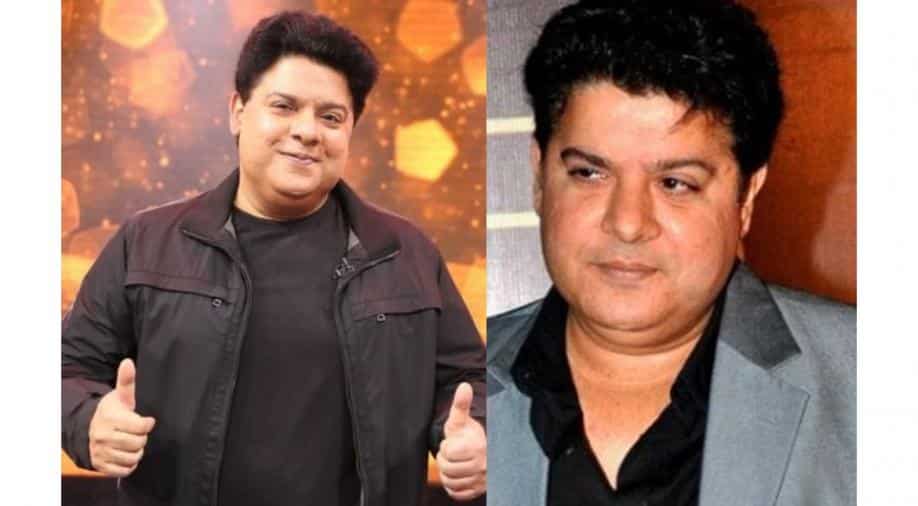 In an explosive post on Twitter, former assistant director Saloni Chopra recounted her chilling experience with Sajid. She revealed how she was repeatedly harassed, subjected to misbehaviour and abuse by the director. He would call at odd hours and ask for bikini pictures, remembers Saloni in her lengthy post. Several others have come forward with their #MeToo stories concerning Sajid Khan.

Filmmaker Sajid Khan is latest to join the list of people accused of sexual harassment and abuse as part of India’s #MeToo movement that has shamed many Bollywood bigwigs.

In an explosive post on Twitter, former assistant director Saloni Chopra recounted her chilling experience with Sajid. She revealed how she was repeatedly harassed, subjected to misbehaviour and abuse by the director. He would call at odd hours and ask for bikini pictures, remembers Saloni in her lengthy post.

She wrote: “For months, he mentally abused me and I would cry myself to sleep every night. He’d tell me I wasn’t sexy enough to be an actress. I didn’t have it in me, I didn’t have the ‘oomph’ factor. I talked too much. I didn’t sit properly. I wasn’t alluring or girly enough. Said he wanted to take me under his wing and make me an actress. Cast me in his next movie, but only if I was prepared for it. A part of me wanted it so bad that I kept working for him, and excusing his behaviour whenever I could.”

She added, “He’d say horrible, horrible things about his supposed girlfriend at the time, who also happened to be one of the kindest, nicest women I’d ever met in the industry. I wondered why she was with a man like that. He’d gloat about how he made her who she is today, and he could train me too. Then he’d go onto describe their sex life in ways I didn’t need to know, and also remind me about his one vagina problem. He’d talk about his dick and how big it apparently is and his sexual needs. He would ask me to touch his dick and get irritated with me when I said I didn’t want to.”

I finally decided to share my story with you. Writing this was like re-living all that horrible past I’d chosen to let go of, but I knew if I don’t today, I may never. So here’s #metoo #MetooIndia https://t.co/brouTYIBC7

After Saloni came out with her #MeToo story, many others started writing in support and shared their own harassment stories at the hands of ‘Housefull’ director. After Saloni, a senior journalist accused Sajid of misconduct. She said that in early 2000s when she went to interview him, he talked about how large his penis is and how he knew how to satisfy a woman. He also allegedly flashed his penis and he forced his tongue down her throat.

Another actress-model, Rachel White also shared her story and said that she too was called at home by him. She went because he told her he lives with his mother. At his home, Sajid allegedly asked her to strip as he wanted to see how she looks in a bikini. He told her if she could seduce him in 5 mins, the role was hers.

I believe you @redheadchopra I was sent by my agency then to meet Sajid Khan during Humshakals. Right after my agency told me about the meeting Sajid called me within the next 5 mins and said the meeting would be at his house opp iskon Juhu.

I said I was not comfortable meeting at home and to that he said “don’t worry I live with my mom and she’ll be around” I felt reassured and agreed. When I went to his house the maid directed me to his room and the drawing room was empty!! It was his bedroom

I stood like an idiot in one corner of the bedroom wondering where to sit and he was on one side on the treadmill. I clearly rem this episode. When he saw me walk in he goes “pls come this side” all smiling . I walk up towards the treadmill . He was directly staring down at me

I was in a white vest and blue denims and still felt I was standing nude with that gaze. What happens next is that he finishes his cardio and walks up to me asking me about my boobs and making that kind of conversation. I didn’t bother to answer to anything.

Finally he goes “listen no one has a problem with these things” (and obviously named people) and that if I could seduce him in 5 mins the role was mine.
How this ended was me saying that I didn’t come mentally prepared for this and I left his house!